Kings have won last two matche­s and are confid­ent of making it to PSL play-offs
By Nabil Tahir
Published: February 23, 2017
Tweet Email 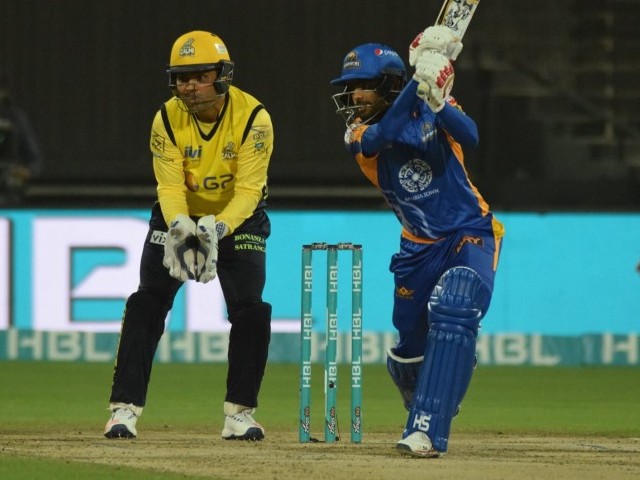 DUBAI: Following a poor start to their Pakistan Super League (PSL) campaign, Karachi Kings have finally found their rhythm and go into the match against table-toppers Quetta Gladiators in high spirits.

The defeats in their first three matches have certainly left Karachi in a difficult situation to qualify for the play-offs — they currently lie bottom of the table with four points — but with three matches to go before the play-offs, Kings’ captain Kumar Sangakkara is confident his side can turn the tide in their favour when the league stage ends.

The Sri Lanka batting legend, however, is aware that the task won’t be easy. “We have to win the next match to get to the play-offs. Lahore, after their wins, are in good shape but we still have three matches to catch up with the top three teams,” Sangakkara told The Express Tribune.

Sangakkara feels that the wins in the last two matches — against Islamabad United and Peshawar Zalmi — have lifted the spirits of the entire squad who have found the belief that they can tame one of the most in-form teams of this year’s PSL, Quetta.

“Since our twin wins, the whole team is in a really good mood. I can see the positive change in their attitude and that will be key when we come up against Quetta, who are a top side at the moment,” he said.

The 39-year-old also praised the way the young players have risen to the occasion and singled out spinner Usama Mir for his remarkable performance against Peshawar.

Mir picked up two wickets in the final over, which included the one of star all-rounder Shahid Afridi, to ensure Peshawar don’t reach the target after Afridi had brought his side within a whisker of a win with a quick-fire 54 off 28 balls.

“Mir is in fine form and his match-winning exploits against Peshawar has boosted the morale of the entire team. We are confident for our next match as we have worked on our weaknesses for two days,” he said.

Quetta opener Ahmad Shahzad praised captain Sarfraz Ahmed for his leadership skills and believes the wicketkeeper-batsman’s ability to keep the squad together has worked wonders for the side.

“Sarfraz has been pivotal in keeping the squad together and that has been our biggest advantage. He knows how to utilise the players in the best possible way,” he said.

Meanwhile, Quetta all-rounder Mohammad Nawaz revealed that the team has been working to improve the fielding with special emphasis on creating pressure so that batsmen don’t get to hit too many runs.

“We have seen in the last few matches that most of the runs are scored either in the first five overs or the last five. We have been working hard to ensure our fielding is spot on as that creates pressure on the batsman to make mistakes,” he said.