All five sides have the player­s to go the distan­ce as coache­s reveal morale is high in camps
By Nabil Tahir
Published: February 6, 2017
Tweet Email 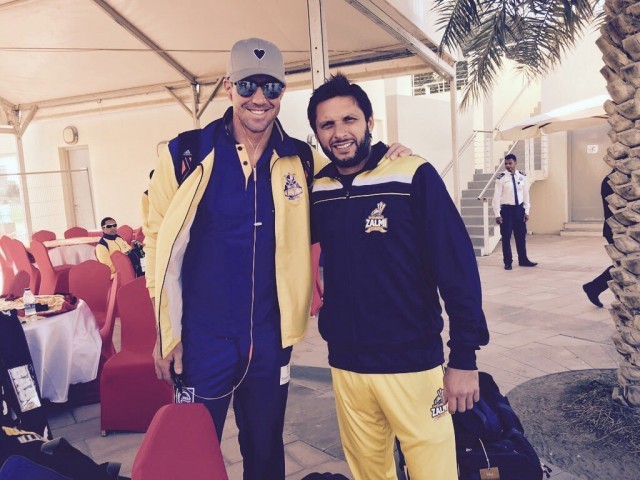 KARACHI: As the players gather in Dubai for the start of the second edition of the Pakistan Super League (PSL), all five teams have expressed optimism that they will be claiming the title at the end of the mega tournament.

With practice matches to be played today, the teams have all arrived at the Dubai Sports City as the league is set to start in just a few days’ time.

Peshawar Zalmi kicked off their preparations with a practice session at the ICC Academy, Dubai Sports City where Peshawar Head Coach and Director Mohammad Akram was pleased to be back in Dubai in familiar conditions.

“We had a very good net session. As always the conditions [at the ICC Academy] are great and it’s good to be here,” said the former Pakistan fast-bowler.  “We are looking forward to putting up a good show.”

Akram also expressed his satisfaction at the players’ fitness levels. “They all are looking fit and ready to go. We are just taking it easy and we will build it up slowly,” he said.

Team manager Abdul Rehman commented on the cold weather. “I haven’t seen weather like this in Dubai before but the boys are enjoying it,” he said. “Most of the players arrived earlier while a few key players, such as star all-rounder Shahid Afridi and skipper Darren Sammy, joined the side on Sunday.”

While Karachi Kings and Islamabad United will also be practicing at the ICC Academy alongside Zalmi, Lahore Qalandars took on Lahore XI at the Oval 2 on Sunday.

Karachi had their first practice session on Sunday as well, with both coach Azhar Mahmood and skipper Kumar Sangakkara happy with the proceedings.

“The first day of training was quite good and the players responded well,” said Mahmood. “Sangakkara shared his experiences with the younger players in a bid to motivate them. We have a few more days to go before our first game against Peshawar so we will be training every day before that.”

Karachi have two practice matches lined up against UAE, on February 7 and February 8, before they begin their campaign.

Meanwhile, last edition’s runners-up, Quetta Gladiators’ coach Moin Khan is confident his side can go one better in the second edition of the tournament. “Very excited about season two. We will be looking for a performance similar to what we had last time around but unfortunately we were unable to win it that time. Hopefully, this time around we will return with the trophy.”