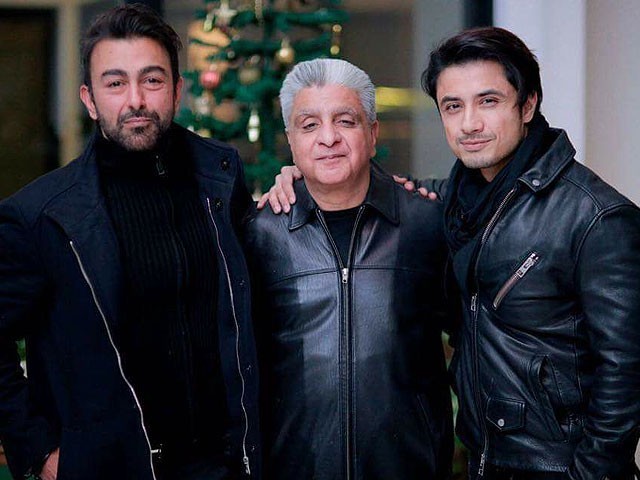 Around three years ago, the two ended up getting mired in a very public spat over the very issue. When Ali was felicitated at an event back then, he presented a fitting reply to Shaan who had used the occasion to assail Pakistanis working in Bollywood as “cheap sell-outs”.

Are Shaan and Ali Azmat collaborating on a new project?

Looks like the two have now made peace. Sources told The Express Tribune that Shaan has apologised to Ali and explained that his comments had been misinterpreted.  Shaan also posted a picture and some videos of the two jamming on his official Facebook account.

Here is another video of Shaan and Ali Zafar jamming together:

Much to our delight, Coke Studio star Momina Mustehsan and Shiraz Uppal were also present on the occasion. 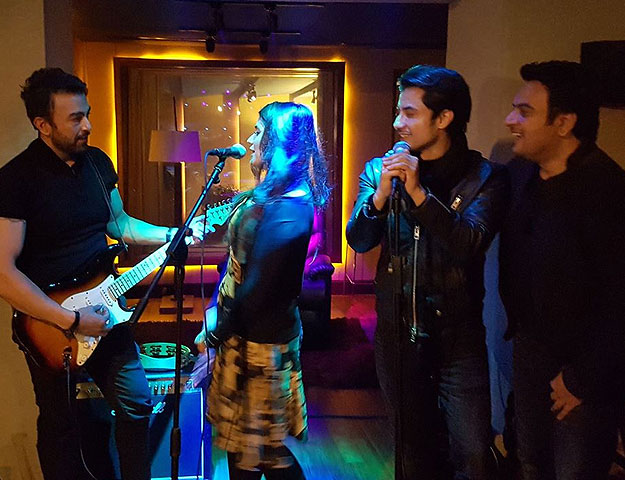