Let’s learn not to push academ­ia in the direct­ion of Stalin’s Steel
By Muhammad Hamid Zaman
Published: December 5, 2016
Tweet Email 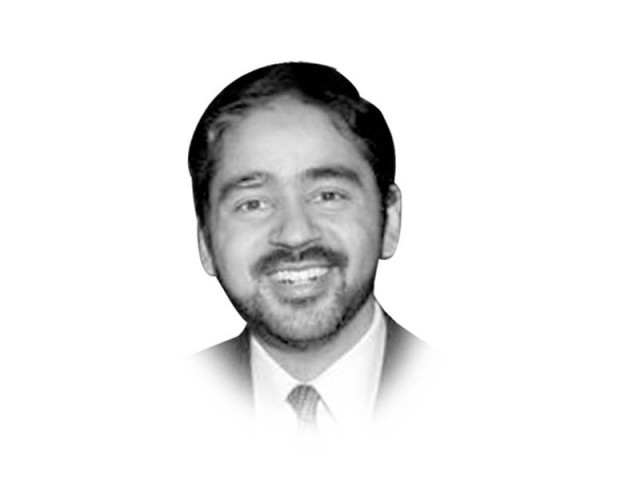 Back in the mid-1930s, the former Soviet Union went on an aggressive push for rapid industrialisation. The man at the helm of the communist party in the USSR, a Georgian named Ioseb Jughashvili, better known as Stalin wanted to change the economy from agrarian (most of which he had destroyed through collectivisation anyway) to industrial. A new era of hope and progress was being ushered. New anthems were written, new posters made, new brochures published.

To create a national sense of mission and purpose, and expecting the maximum from great soviet industrial workers, monthly quotas of progress and production were being implemented. These had to be met. They started off initially at reasonable levels, but then quickly moved from challenging to ridiculous and then to impossible. But the man of steel had to kept happy, or else the cost would be a bullet at the back of the head. To keep Stalin happy, bureaucrats and local party officials, in charge of industries started making up numbers. The growth curves kept looking more and more absurd and pretty soon USSR became an industrial giant the world had ever seen. But only on paper and in the official party production charts.

We live in another era of Stalin’s steel. This time in academia, particularly in science and engineering, where the expectation of productivity is determining the fate of scholars and entire education systems. The quotas may not be as explicit as the ones set by the communist party of the USSR of the 1930s, but there are unscripted quotas nonetheless. The emphasis once again is on numbers, not on substance. Number of papers published and students graduated determine how good a scholar is. The number of PhDs produced in Pakistan, for example, is used to demonstrate the robustness and the strength of the system and the bright future of academia in the country. The quality of research is measured solely by productivity. The only metric of impact these days is the journal in which the paper is published. While the numbers may not always be cooked, the quality of the activity is no less dubious than Stalin’s steel. I have spoken to department and university administrators in Pakistan and the Middle East who have explicitly set annual quotas for papers for their faculty, should they be considered for a raise or a promotion. Even worse, the quotas are further sub-divided into publications in journals of quality A, B, C etc. There are other rules, for example, how many papers in mediocre journals equal a paper in a good journal. As if a hundred bad scholars equal a good scholar! The age-old practice of collaboration, that used to enrich scholarship, is now largely used to get on the author list of the collaborator, not for engagement and exchange of ideas. The problem is more pronounced in certain parts of the world, including Pakistan and the Middle East, where the emphasis of the university is now squarely tied to climbing up on the shady ladder of global rankings. That said, institutions and departments in other parts of the world, with longer histories of research cultures are not immune to these practices either.

I do not wish to imply that someone who is publishing well, and routinely in good journals, is by definition an unethical practitioner of scholarship. There are exceptions and people with immense talents. But the problem comes in creating a system that rewards only on numbers, and in fostering a culture where the expectation is not on thought or rigour, but meeting a quota, whether explicit or implicit. By rewarding such practices, we also create a system that feeds on itself and further expects higher and higher productivity, until the quality is compromised, the books are cooked, or widespread plagiarism takes hold. None of that should be acceptable.

History is a powerful tool. Let’s learn not to push academia in the direction of Stalin’s Steel. We all know how that ended.