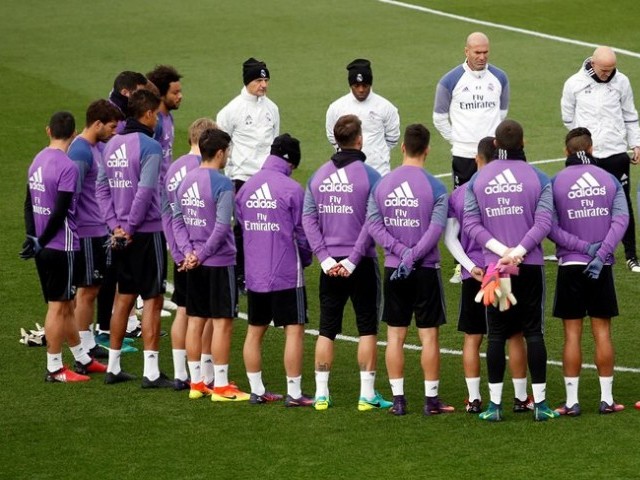 PARIS: Reaction from around the world to the plane crash in Colombia carrying the Brazilian top-flight team Chapecoense among the 81 on board:

“Brazilian football is in mourning. It is such a tragic loss. My sincere condolences to the families of the deceased. Rest in peace.”

“Shocked by the tragedy that happened to Chapecoense Real. Solidarity with the families and friends of all the victims. A hug for the club and for all Brazilian football.”

“My deepest condolences to all the families, friends and fans of Chapecoense.”

“Sadly those lads, who were on the way to becoming a force in football, took the wrong plane.”

“This is a very, very sad day for football. At this difficult time our thoughts are with the victims, their families and friends. FIFA would like to extend its most heartfelt condolences to the fans of Chapecoense, the football community and media organisations concerned in Brazil.”

“Pray for my teammates please.”

– Chapecoense striker Alejandro Martinuccio, who missed the trip due to injury

“Our thoughts are with Chapecoense and everyone affected by this tragedy and their families. We are speechless.”

“Deeply affected by Medellin’s plane crash. I shared locker with Cleber Santana and it’s difficult to reveal how I feel. A huge hug.”

“My prayers and my solidarity for the survivors, families and friends of Chapecoense in this sad time.”

“We are deeply shaken by the accident concerning the club of our old player Cleber Santana. Our condolences to the families. Rest in Peace.”

“The thoughts of everyone at Manchester United are with Chapecoense and all those affected by the tragedy in Colombia.”

– Manchester United, who lost eight players in February 1958 as their plane crashed on take off from Munich airport

“Real Madrid expresses its sorrow at the tragic air crash involving the Brazilian club Chapecoense and extends its condolences to relatives and friends of the victims. At the same time, wishing an early recovery for the survivors.”

“All our support and solidarity is with the victims and the families affected by the Chapecoense Real tragedy in Colombia.”

India can win on any track, says Kohli