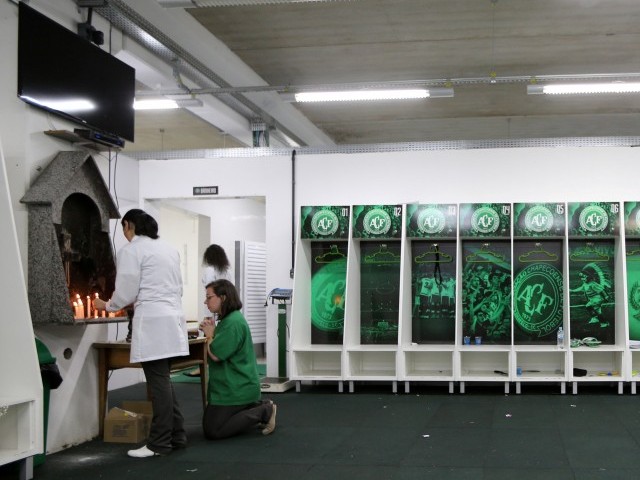 CHAPECO: Fans of Chapecoense, the Brazilian football club enjoying a fairy tale season until almost wiped out in a plane crash, wept outside the stadium on Tuesday.

All year, the once struggling, impoverished club had delighted the people of Chapeco, a city of about 200,000 in Santa Catarina state. Now, only grief remains.

Under fierce sunshine in the southern Brazilian state, fans in the team shirt congregated at the stadium where just last week their heroes had notched up another unlikely victory against San Lorenzo.

One of them, Carine Valer, sat with her face streaked in tears. Her husband Adriano Bittencourt, the club’s security chief, had been on the doomed plane.

“I didn’t go because I was trying to get my passport done and on Friday they told me it wouldn’t be ready in time,” said Valer. “He told me he’d treat me like a queen and he did in all ways. But now I’ll never have that life again or him.”

Many came with flowers and black ribbons.

“I heard the news on television. We got up at once and came here,” said Nelson Maguluche, his voice cracking as he gave way to tears. “I’ve always been a fan. I went to all their games.” 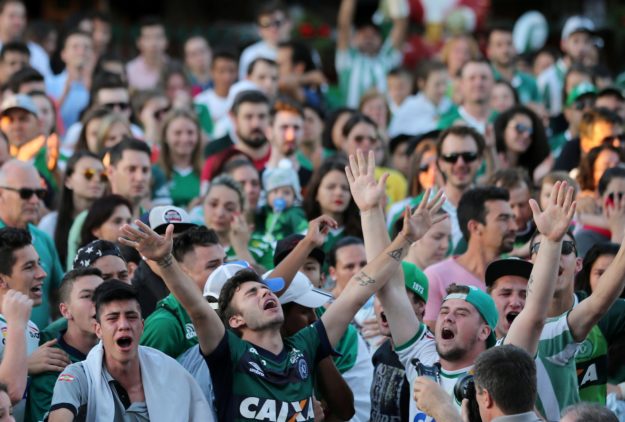 Chapecoense was the little club that could, an outfit that only a few years ago was struggling in the lower leagues but turned into a giant slayer.

Late Monday, they were flying to Colombia to take on Atletico Nacional in the first leg of the Copa Sudamericana finals when the charter plane crashed in the mountains near Medellin, killing 71 people, with six miraculous survivors. In a stroke the club that defied all the odds had been practically wiped out.

The mayor of Chapeco, Luciano Buligon, described the city’s despair on TV Globo. “We have moved from a dream to a true nightmare,” he said.

The survivors included three players: defenders Helio Neto and Alan Ruschel and another goalkeeper, Jakson Follmann. The other known survivors were two crew members and a journalist.

The team’s goalkeeper Marcos Danilo Padilha, 31, died on the way to hospital, according to the civil aviation authority. His last-minute save in the semi-final had ensured the team made it through to the Copa Sudamericana final.

A huge outpouring of solidarity from the footballing world followed.

Legends Pele and Maradona as well as current superstar Lionel Messi led tributes around the world. 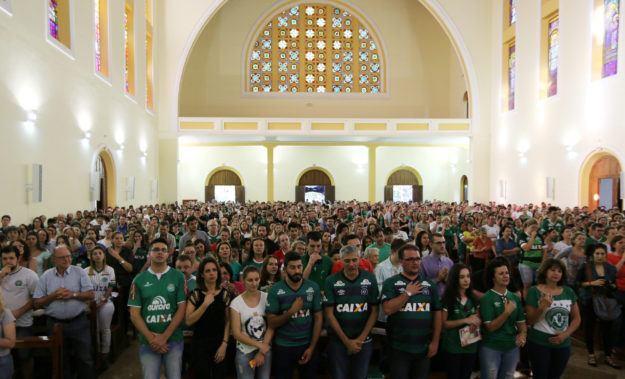 Nacional quickly called for the Sudamericana title to be handed to its rivals “as a posthumous homage.”

In Brazil, big clubs including newly minted national league champions Palmeiras, Fluminense and Botafogo announced they would lend players free of charge to Chapecoense for the 2017 season.

“The clubs understand that this is a moment fo runity, support and help to Chapecoense,” they said in a statement, adding that other clubs would join the initiative.

The clubs also called on the Brazilian Football Confederation not to relegate Chapecoense to the second division during the next three years, to allow it time to rebuild, regardless of the results.

In a symbolic gesture, Palmeiras asked for permission to wear the stricken club’s shirt when it plays the final game of the year’s national league next month.

Many clubs depicted the Chapecoense club shield against a black background on their social media platforms.

For one of Chapecoense’s young fans, 18-year-old John Victor Carraro, the tragedy has deepened his love for the club.

“I will never abandon this club. My friend and I had promised to tattoo ourselves with the Chapecoense shield if they won the championship and I feel even stronger about it today,” he said.