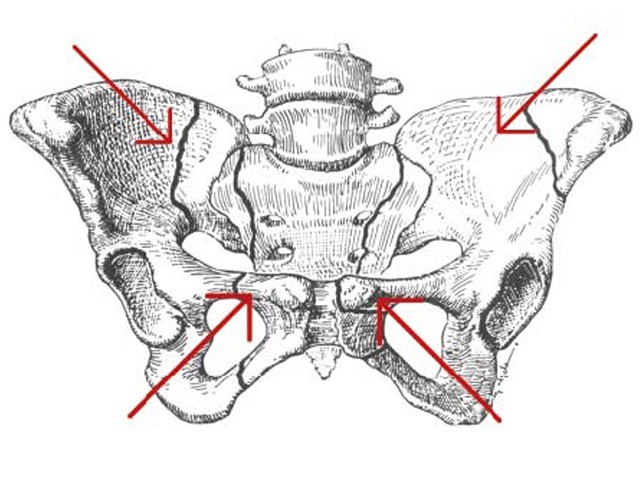 KARACHI: Dr Talat, a young surgeon working at a private hospital, is tall, slender and in perfect good health. She works out at the Karachi Gymkhana every morning where she spends at least 20 minutes on the treadmill. A few weeks ago she went to a medical camp at a university where she is doing a part-time degree. “I went for a lark, you know,” she said. “But can you imagine, when I got the bone density test, it turns out that I have signs of osteoporitic bones.”

Small wonder then that experts call osteoporosis the “silent disease”. About 13 per cent of Pakistanis are affected by it but don’t know because there are usually no signs or symptoms to warn of the illness which is only discovered when the person has a fracture.

This information was shared at a seminar on osteoporosis organised by the National Institute of Diabetes and Endocrinology at the Dow University of Health Sciences (DUHS) in collaboration with a private pharmaceutical company at the Ojha campus on Tuesday.

The seminar, which was attended by a large number orthopaedic surgeons, family physicians and senior faculty members, highlighted that one in three women and one in five men are suffering from osteoporosis or will have an osteoporosis-related fracture in their lifetime.

According to professors Ali Muhammad Ansari and Inayatullah Jokhio, the disease is commonly associated with brittle bones and is a significant public health problem affecting millions worldwide (40 per cent female patients). About half of these women are over the age of 50 years.

Prof Jokhio added that many people are unable to control the disease simply because they fail to take their medication on time.

Shifting gears slightly, National Institute of Diabetes and Endocrinology Professor Zaman Shaikh spoke on endocrine diseases not being as rare as many in the country believe them to be.

According to Shaikh common endocrine disorders include thyroid diseases, short or tall stature, brittle bones (osteoporosis), disturbance in calcium metabolism, male and female infertility, hirsutism (excessive facial hair on women), gynecomastia (development of breasts in men), ambiguous genitalia, various sexual problems and steroid disorders. The NIDE has plans to extend its two-year MSc programme to include an MD in diabetes and endocrinology.

Clinically osteoporosis may be classified into two broad categories, post-menopausal osteoporosis and age-related osteoporosis. Major factors leading to the disease include smoking, alcohol consumption, nutrition deficiency, improper diet, consumption of carbonated drinks and use of steroids for a long period.

Chairperson for the department of obstetrics and gynaecology at DUHS, Professor Subhana Tayyab, said osteoporosis was more prevalent in women because male children are provided better quality nutrition than girls. Women also share their body calcium with their foetus during pregnancy and are therefore required to have a higher intake of the mineral. Tayyab advised young girls to drink at least two glasses of milk daily to help strengthen their bones.

In addition, she urged girls to include lots of greens, fish, cheese and other dairy products in their diet to make up for the any calcium and vitamin D deficiencies.

Avoiding the disease largely depends on the right amount of calcium and vitamin D being provided from childhood, reiterated Dr Munawar Hussain, who is associated with the Dow diagnostic laboratory. He explained how osteoporosis renders the bones weak to a point where they break upon the slightest impact. Experts also strongly advised exposure to sunlight (a source of vitamin D) in addition to regular exercise to strengthen bones.