He also said his party will not accept a 'minus-one' formul­a in politi­cs
By Our Correspondent
Published: October 8, 2016
Tweet Email 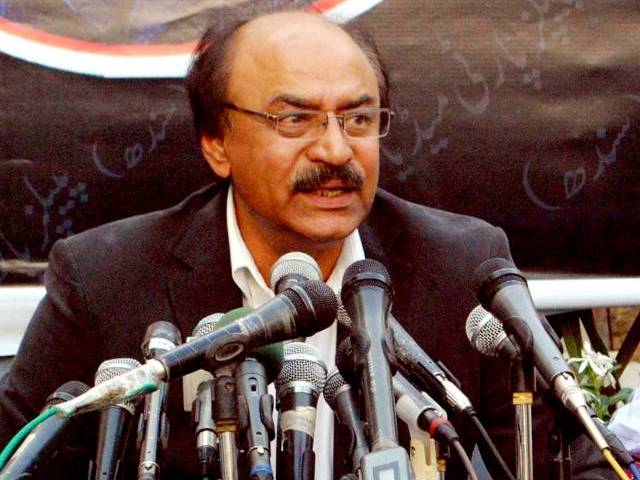 KARACHI: The Pakistan Peoples Party (PPP), under the young leadership of chairperson Bilawal Bhutto Zardari, is touching new heights of success and will sweep the polls in the upcoming general elections, claimed Parliamentary Affairs Minister Nisar Khuhro on Saturday.

He also said his party will not accept a ‘minus-one’ formula in politics. Addressing a press conference after 800 workers of different political parties, including the Awami National Party, joined the PPP, he said that Imran Khan was pursuing someone else’s agenda and his desire to single out PPP leadership will not be fulfilled. “Imran Khan should give up this rhetoric, otherwise his own party will expel him from the leadership,” he warned.

Referring to former president General (retd) Pervez Musharraf’s remarks against democracy, he said, “This general used to utter derogatory words against democracy but now is behaving like a politician. I hope his party fails to win [even] a single councillor seat”. Khuhro held the Pakistan Muslim League – Nawaz-led government responsible for relaxing the rules for Musharraf and giving him permission to travel abroad.