FO says foreig­n secret­ary has handed over a letter, addres­sed to his Indian counte­rpart, to Indian high commis­sioner­
By Our Correspondent
Published: August 15, 2016
Tweet Email 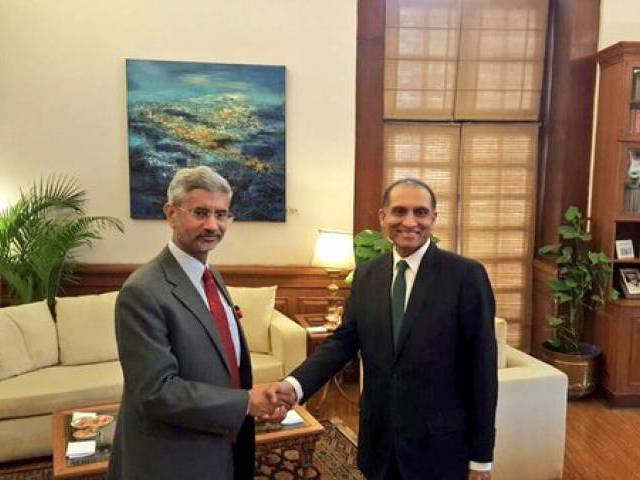 ISLAMABAD: Pakistan has written a letter to India, inviting the latter for talks on Kashmir – a dispute which has remained a bone of contention between the two South Asian nuclear powers for decades.

Foreign Secretary Aizaz Chaudhry called on the Indian high commissioner and handed over a letter addressed to his Indian counterpart, inviting him to visit Pakistan for talks on Jammu & Kashmir, the Foreign Office said in a statement released on Monday.

“The letter highlights the international obligation of both countries, India and Pakistan, to resolve the Jammu & Kashmir dispute, in accordance with UN Security Council resolutions,” the communiqué read.

The development comes days after Prime Minister’s Adviser on Foreign Affairs Sartaj Aziz said Pakistan will invite India for dialogue on Kashmir in the wake of unrest in the valley. Speaking at a news conference in Islamabad, Aziz said Chaudhry would soon write a letter to his Indian counterpart seeking dialogue on Kashmir.

Massive protests erupted in Indian-held Kashmir after the killing of HuM commander Burhan Wani, followed by deaths of at least 60 protesters at the hands of Indian forces.

According to the adviser, Pakistani envoys had recommended the country invite India for talks on the situation in Kashmir in a conference on August 1 . The conference discussed a number of diplomatic initiatives and one of them was to offer India dialogue on Kashmir if it was not ready to resume structured talks, Aziz elaborated.