Qaim’s replac­ement to be sworn in on Friday; will unveil cabine­t in a couple of days
By Hafeez Tunio
Published: July 27, 2016
Tweet Email 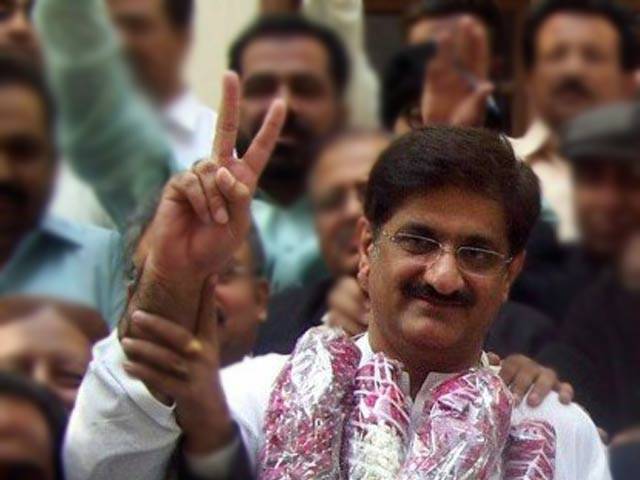 Qaim’s replacement to be sworn in on Friday; will unveil cabinet in a couple of days. PHOTO: INP

The announcement didn’t come as a surprise because Murad Ali Shah had been billed as the strongest contender for the coveted office since a high-level PPP huddle decided on Sunday to remove the octogenarian three-time chief minister.

Who is is Syed Murad Ali Shah

The change in the Sindh government was needed in the prevailing situation, he said, adding that it was not a sudden decision and that deliberation in this regards had been under way since long. “General elections are approaching, and the party leadership believes there is a need for a young, energetic chief minister to look after the affairs of the province,” he added.

Chandio said the new chief minister would himself announce his cabinet within a couple of days.

Talking to media separately, Murad Ali Shah also confirmed the development saying he would take oath on Friday. He added that the law and order, health and education would be his priorities.

Asked about the vote of confidence from the Sindh Assembly, Murad said the opposition PML-Functional has assured him of their support. “We will also contact other parties, though the PPP enjoys a simple majority in the house,” he added.

He said the provincial government would work with the paramilitary Rangers, security agencies and police to ensure peace in Karachi and the rest of the province.

Earlier, PPP Chairman Bilawal Bhutto held separate meetings with party MPAs of every district and the PPP’s central leaders, including Leader of Opposition in the National Assembly Khursheed Shah to discuss the reshuffle. Chief Minister Qaim Ali Shah also called on the PPP chairman at the Bilawal House and tendered his resignation.

According to a press release, Bilawal Bhutto praised the services of the outgoing chief minister, whom he called ‘a great asset’ who stood by the PPP through thick and thin for three generations. He praised his contributions to the PPP and Sindh and said the party would continue to seek his guidance in the future.

“The decision to replace an experienced and loyal party leader was a very difficult one but sometimes the party has to take such decisions for political and strategic purposes in the collective interest of the party and the province,” Bilawal said.

On the occasion, Qaim Ali Shah said he accepted the party’s decision as the PPP leadership has always taken wise decisions and that he would continue to serve the party.

Qaim’s resignation will now be referred to Governor Dr Ishratul Ebad, who will summon the assembly session for election of a new chief minister.

Talking to The Express Tribune, Secretary Sindh Assembly GM Umer Farooq said they would issue a schedule of the chief minister’s election soon after the governor summoned the session.

“We will announce the date, asking all parliamentary parties to file their nomination papers for leader of the house,” he said, adding that it depended on the opposition whether it fielded a joint candidate or did not file nominations against the PPP candidate.

“The PPP has simple majority in the house and its candidate can be announced elected unopposed if no one files nomination papers against the ruling party candidate,” he said.