Musharraf's bank accounts to be frozen, property to be confiscated, rules special court A three-member bench of the special court headed by Peshawar High Court Chief Justice Mazhar Alam Miankhel passed the orders over Musharraf’s continued absence before the court despite repeated notices.


The court also adjourned the hearing of the case until the former president is arrested or he surrenders. "According to law, the accused cannot be trialed in absentia," the judge said.

Pervez Musharraf's counsel said that his client is ailing and currently abroad for treatment.

In April 2014, the former army chief was formally charged with treason for imposing emergency and the Provisional Constitutional Order on November 3, 2007. But the trial met a roadblock when the special court’s three-judge bench on November 21, 2014, asked the federal government to treat ex-CJP Dogar, then prime minister Shaukat Aziz and then law minister Zahid Hamid as co-accused.

After the passage of one year, the Islamabad High Court set aside that order on the request of the three additional suspects. But on November 27, 2015, the special court again asked the Federal Investigation Agency to record the statements of all four men. Dogar again challenged the special court’s order before the IHC but his plea was dismissed on December 9, 2015.

Later, he moved the SC, wherein he got a ruling in his favour. The SC has observed that a fresh investigation into high treason by associating any person is the prerogative of the federal government, and not the special court or the IHC.

Musharraf, who is facing a number of cases including Abdul Rasheed Ghazi murder case, Benazir Bhutto murder case and judges detention case, — left for Dubai on March 18, hours after the interior ministry issued a notification to remove his name from the exit control list (ECL). 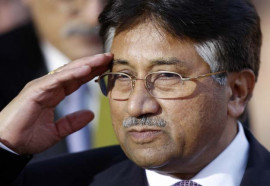 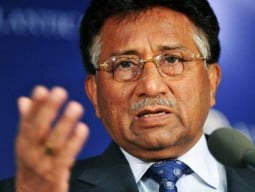 Iqbal Hadi Zaidi | 4 years ago | Reply I still remember and will ever remember that during my law graduation (1966-69, Punjab University, Lahore) I was taught that law is always blind but, very much regretfully, it is only in text books so far as Pakistan is concerned otherwise many before Musharraf and after Musharraf had faced the music. I very strongly say that he be punished if at fault but then rest should not be spared either. Iqbal Hadi Zaidi
Khwaja | 4 years ago | Reply How long has Mush been out of office ? And we r still trying to figure out what should happen to him. He hasnt done anything wrong and this is just eyewashi.
VIEW MORE COMMENTS
Sunil | 4 years ago | Reply Why not complain to Interpol?
observer | 4 years ago | Reply This ia joke. Musharraf has already transferred and parked 99% of his assets abroad.
Naim | 4 years ago | Reply Democracy in Turkey cannot be compared with Pakistan,government of Pakistan is corrupt to the core,Pakistan democracy is in name only, if the army of Pakistan can do a better job running the country,as during Musharraf tenure,then the poor masses,who are the majority, welcome the army when it takes over,Pakistani democracy is just about loot and plunder,asking world bank to give more and more money,unlike Turkey,Pakistan prospered under Musharraf tenure, it is a fact acknowledged around the world, only the corrupt politicians, anti Musharraf journalists,will deny it,Justice Miankhel seems bias towards Musharraf,who is serving under corrupt government,does not want to accept that Musharraf has gone abroad for treatment,corrupt justice.
Hila | 4 years ago | Reply If you freeze the bank accounts and properties of NS and SS. You don't need to take a loan for next 5 years
Humza | 4 years ago | Reply @sardarzaheer: A man in unform who violates the constitution and takes over illegally is by definition a criminal. The ill gotten wealth and damage that Musharraf did to Pakistan means Musharraf should be charged and put in jail. Only then will a strong message be there for the next would be usurper who thinks he can take over illegally. Do you think Turkey is going to let the criminals who tried to take over with guns just walk away? Musharraf has supposed health problems? If you believe that, I have some real estate in a Florida swamp I want to sell!
Parvez | 4 years ago | Reply Saying it is one thing ......... doing it effectively is another.
M.S. | 4 years ago | Reply Mushara should avoid visiting Turkey. Bad days for Generals over there.
sardarzaheer | 4 years ago | Reply i wish the honorable court show same muscles towards terrorists as well the way have shown to their killer...
Replying to X
Saved ! Your comment will be displayed after the approval.
Error !
Error! Invalid Email.