Unethi­cal of media to spread false news of my marria­ge based upon absolu­te lies: Imran Khan
By News Desk
Published: July 13, 2016
Tweet Email 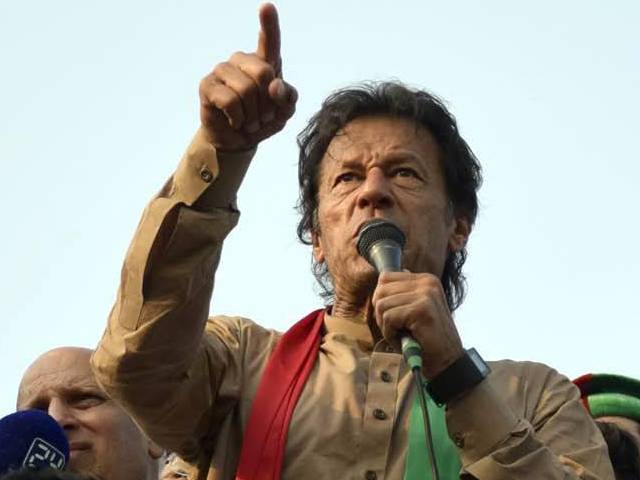 “A delegation of PTI, headed by Iftikhar Durrani, met chairman Pemra Absar Alam at Pemra Headquarters, Islamabad and handed over a formal complaint,” a Pemra statement said on Wednesday.

“Unethical of media to spread false news of my marriage based upon absolute lies,” said the PTI chief.

Imran said channels showed pictures of women whom he had never known or met.

Unethical of media to spread false news of my marriage based upon absolute lies . Had that happened in UK heads would have rolled 1/2

2/2 Women pics shown whom I neither know nor ever met. Such disinformation is irresponsible & shows a collapse of moral & ethical standards

Meanwhile, Pemra’s council of complaints will meet on July 5, 2016 to decide on the matter.

On Monday, the cricketer-turned politician had denied reports of his third marriage, saying he would celebrate in public after getting hitched.