Taliba­n leader claims May 21 US attack was a conspi­racy
By Tahir Khan
Published: July 11, 2016
Tweet Email 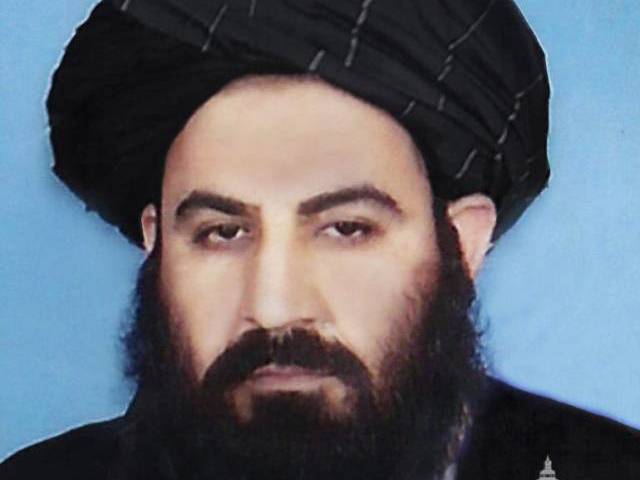 Late Taliban chief Mullah Akhtar Mansoor. Photo released by the group in June following his death in US drone strike.

ISLAMABAD: Slain Afghan Taliban leader Mullah Akhtar Mansoor “was about to make an announcement to join peace talks” when a US pilotless aircraft targeted him in May, a Taliban leader claimed on Sunday.

The Taliban believe Mansoor’s killing was a part of a conspiracy to scupper peace talks. “Mansoor had wrapped up a series of discussions with the Qatar-based representatives in April and May and was planning to unveil his policy about peace negotiations, but his death in the US drone attack killed all hopes,” the Taliban leader told The Express Tribune on Sunday.

Mansoor was killed in a US drone strike in Naushki district of Balochistan on May 21 along with a driver shortly after he entered Pakistan from Iran.

When the Quadrilateral Coordination Group (QCG), which is made up of Afghanistan, Pakistan, the US and China, first proposed talks in January, the Taliban had set some preconditions for joining the peace initiative which included removal from a UN blacklist names of their leaders and lifting of sanctions on the group.

“The ‘Amirul Momineen’ [Mansoor] was to announce a final and positive decision based on our hectic consultations,” he added.

People familiar with Taliban leaders in Qatar have also confirmed there was “growing favourable environment” for peace talks in the days leading up to the Naushki strike.

In this regard, a Taliban delegation from the political office had arrived in Pakistan on April 26 to discuss prospects of direct talks with the Kabul administration. It was the first time the Taliban had confirmed a visit to Pakistan by its negotiators.

However, no progress was made in those talks as President Ashraf Ghani announced a policy shift just a day before in his address to parliament on April 25. He had opted for war after suicide bomb attacks on a security agency’s office in Kabul killed 64 on April 19.

“We believe the assassination of our chief at that critical time was a conspiracy,” the Taliban leader claimed.

Asked why the Taliban refused to join talks in early March, he said the group was excluded from QCG.

“The Islamic Emirate leaders had been involved in discussions to chalk out strategies as to what should be the policy if we take part in talks under the QCG, or with the Kabul administration, or with the US?” the Taliban leader said. “All discussions were stopped due to the martyrdom of our chief.”

To a question about the policy adopted by Mansoor’s successor, Maulvi Haibatullah, towards peace talks, the Taliban leader said the group’s new chief has not yet focused on this option and that it could take some time.

Taliban leaders have shifted their focus towards a political solution in Afghanistan which they believe has been ‘Afghanised’ with foreign forces mostly confined to their bases.  “This (Afghanised) aspect is the only factor that could pave the way for peace talks,” one Taliben explained when asked why the group’s leaders had changed their minds about talks.

The Qatar office, however, is in favour of interacting with Afghans at unofficial forums like conferences in different countries. At such forums, officials from the Afghan government, politicians, lawmakers, members of the civil society and activists can have face-to-face conversation with the Taliban.

“We are in favour of such meetings as it provides [an] opportunity to Afghans to sit and listen to each other’s views. Government leaders can also join these meetings in [their] personal capacity,” he said.