With their latest comic, Marvel traces the roots of the Pakist­ani-Americ­an superh­ero
By Entertainment Desk
Published: June 27, 2016
Tweet Email 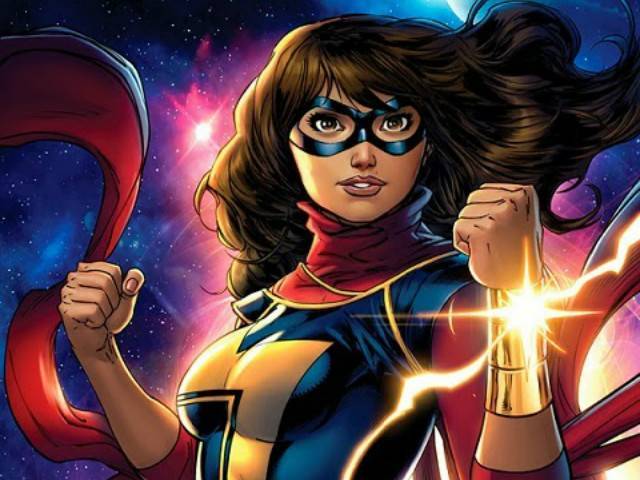 With their latest comic, Marvel traces the roots of the Pakistani-American superhero. PHOTO: FILE

Ms Marvel aka Kamala Khan has soared in popularity ever since she was introduced by Marvel Comics in 2013.

With their latest comic, Marvel traces the roots of the Pakistani-American superhero from New Jersey, and to our surprise it dates back to the Indo-Pak partition.

The first few pages of the comic have recently been released and they show Kamala’s parents, Kareem and Aisha, as Indian Muslims in Bombay in 1947 when the largest human migration in history was underway. They are en route to the newly found Pakistan. The appearance of the characters — bold gold bangles and shalwar kameez paired with a dupatta, aptly depicts the Muslims of the subcontinent. This is how Priyanka sounds as Marvel’s Pakistani superhero

Kamala’s parents are anticipating her birth as her mother asks God for a sign that will reassure her of her child’s safe future in Pakistan. So now we know how Ms Marvel came into being. Welcome to the Jungle: From DC universe to monkey business