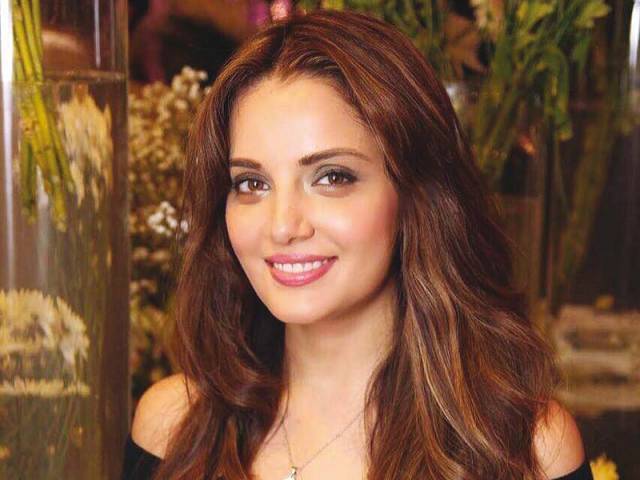 Khan, who started her career with films, feels she doesn’t translate as well on TV serials. PHOTO: FILE

LAHORE: While many actors in Pakistan aspire to cross borders, some residing overseas have made their way back home through the entertainment industry. Such is the story of Armeena Rana Khan’s life, as well as that of her character Meena in the upcoming film Janaan. She divulges details about rediscovering her home, her social responsibilities and the direction her career is headed, to The Express Tribune.

“I have refused 10 dramas and three films this year. I don’t want to do the bechari aurat role,” says Khan, adding, she only takes up projects that fit in with her principles. Shedding light on Janaan, she shares, “Meena, in Janaan is a lot like me — a young girl who has just returned to her roots and is rediscovering them from a fresh perspective. It talks about the relationships you didn’t nurture and the beauty of the area you originate from.” The film is meant to portray the Pukhtun community in a positive light, and Khan who is half Pathan herself, quips that her heritage helped her bag the role. “Meena is empowered, ambitious and ultimately falls in love with Pakistan like I did.”

Working with Maya Ali is both easy and challenging: Osman Khalid Butt

She sat with Osman Khalid Butt while he was finalising the script for Janaan. “My habits were incorporated into the script like how I laugh and my expressions so you will see Meena in all of Armeena’s shades in the film.”

Khan who started her career with films feels she doesn’t translate as well on TV serials. However, she did take up a few dramas such as Karb — where she plays a girl who belongs to a family from Lucknow — so she could prove her mettle with Urdu to local audiences. Contrary to what some may believe about her having an edge over local female actors, Khan disagrees. “My upbringing is not in accordance with the local culture or the daily activities of Pakistani housewives; so I had to study it — it’s not something that came naturally to me.” That is why, after her first serial with Wajahat Rauf, Khan took acting courses at Pinewood and Ealing in London. “My shortcomings came to light but I realised that acting schools are great but ultimately it boils down to how centred you are in your character.”

Currently, Khan is in the UK running her property business and shooting a short film titled Achilles Protocol. “If we’re lucky you’ll see it at the Cannes Film Festival next year”, she says, the same festival where in 2013, Khan became the first Pakistani female actor in attendance.

Can these 10 Pakistani celebs pull off Aishwarya’s purple pout?

Recently the fair-skinned actor recently got offered a lucrative contract with a skin whitening company but turned it down. “I can’t go down the Kim Kardashian route or endorse things that hurt people’s self-esteem because many of my fans are young women,” she notes. “I am not averse to Bollywood because I’ve done that already but I have a strong sense of social responsibility. I am the first girl in my family to enter the media; so they have expectations of me as do my fans.”

Little known to most, Khan’s acting debut was a Bollywood art house film called Huff! It’s too much, followed by some short films in the UK. Following that, she appeared in a few local music videos, serial dramas and then bagged Bin Roye for which she received a Lux Style Awards (LSA) nomination in the Best Supporting Actor category.