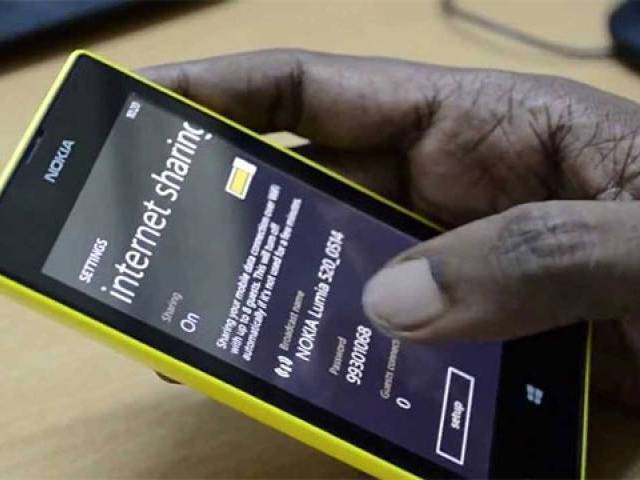 Analysis reveals industry could be in for saturation if new services not introduced. PHOTO: FILE

KARACHI: The number of 3G/4G subscriptions in Pakistan has jumped 3.74%, translating to a staggering 1.07 million, in May 2016 to reach a total of 29.74 million, according to data released by Pakistan Telecommunication Authority (PTA).

Surprisingly, the growth in the 3G/4G subscriptions remains much higher than the growth in new users of mobile phones in the country, according to PTA data.

The number of mobile phone users in the country totaled 133.47 million after the addition of 824,903 in May, data suggested.

Industry experts, however, observed that the growth in 3G/4G subscription had slowed down due to lack of relevant and localised content on the internet. “These are the second lowest growth numbers of 3G/4G subscribers in the last 10 months,” observed ICT expert Parvez Iftikhar.

“The government and mobile phone service providers need to introduce services in local languages and provide localised and useful contents which will help users,” he said. Iftikhar maintained that the proposed increase in sales tax on purchase of smartphones may further impact the growth of mobile phone users switching to advanced mobile internet technology.

“Price of smartphone is a barrier, which every new 3G/4G user has to cross by paying a one-time cost … buying a smartphone is a big step for hundreds of thousands people in our country,” Iftikhar said.

Mobilink remained the leading company in terms of new subscribers on 3G service in May, followed by Telenor, Zong and Ufone, respectively.