Sindh’s stepchild? Mustafa Kamal feels Karachi not given due attention in budget

Sindh’s stepchild? Mustafa Kamal feels Karachi not given due attention in budget 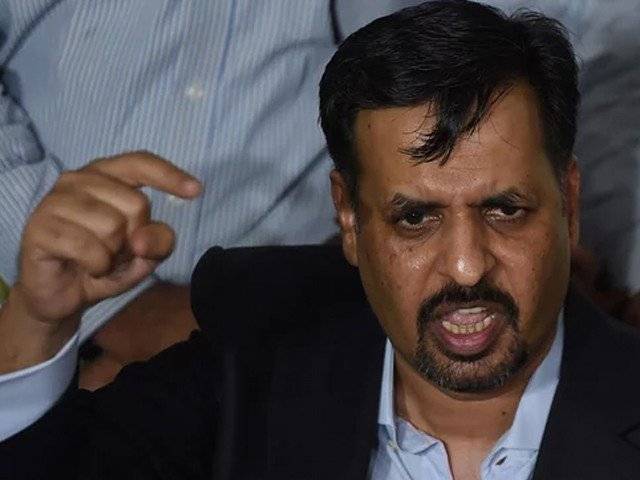 KARACHI: The budget for fiscal year 2016-2017 has failed to address the problems of Karachi, said Mustafa Kamal, the chief of the Pak Sarzameen Party (PSP) on Monday.

He was addressing a press conference at Pakistan House, the party’s secretariat, and spoke at length about the Sindh budget. Kamal was of the view that the budget did not give Karachi its due attention.

The former Karachi mayor was of the view that sufficient amount should be allocated in the budget for elected local bodies to enable them to function properly. Kamal presented the idea of forming a Provincial Finance Commission to allocate funds at the district and grassroots levels.

According to Kamal, the institution of mayor should be strengthened and built upon.

He said that this will help cultivate a sense of ownership among the residents of the city by granting them their rights.

Kamal questioned the rationale behind the transfer of Karachi Water and Sewerage Board to the Sindh government.

He further called on the Sindh government to clean the city immediately.

He said that the Sindh government should have separate budgetary allocations for municipal issues to help manage the issue of solid waste management in an effective manner.

Kamal blamed the current water crisis on the inefficiency of the government. He said that the K-IV project will take at least two years to become functional and, thus, immediate measures must be taken. He recalled how during his tenure as mayor of Karachi he had planned to install water meters to regulate and monitor water supply to curb water theft

However, these meters were not installed as his tenure ended soon. He remarked that the city was facing continuous crises because the government lacked the will to solve these issues.

“Those who are part of the problem cannot be part of the solution,” said Kamal, referring to the current setup of corruption and ineptitude on government level. He said that PSP was working to help secure the basic rights of the citizens of Karachi, including civic amenities.

As a first step, the party is educating the public about the problems that lay at hand along with providing them solutions, he said.

The next step will involve mobilising people and providing them a plan for the attainment of their rights. He stated that such a struggle will be launched after Eid.

Meanwhile, Kamal also informed the media that PSP has been registered with the Election Commission of Pakistan (ECP) and also showed the notification issued by the ECP. He said that the official party structure will be announced in the next couple of days.