The boy had been missin­g since Saturd­ay
By AFP
Published: June 3, 2016
Tweet Email 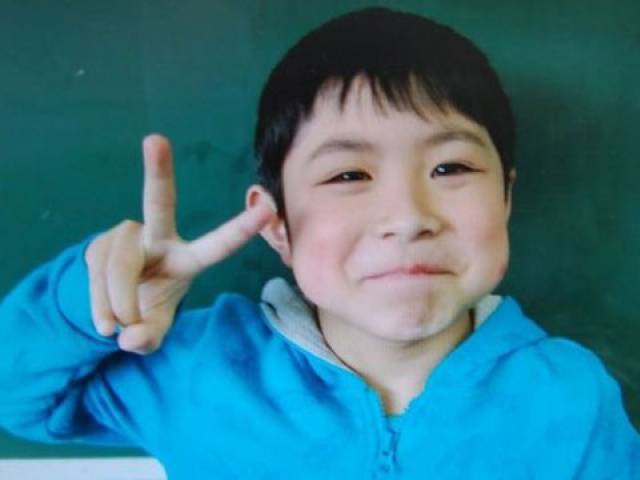 A seven-year-old boy missing since being abandoned in a bear-inhabited forest in northern Japan as a punishment nearly a week ago was found alive on Friday and reunited with his parents, officials said. PHOTO: AFP

TOKYO: A seven-year-old boy missing since being abandoned in a bear-inhabited forest in northern Japan as a punishment nearly a week ago was found alive on Friday and reunited with his parents, officials said.

The boy, apparently unharmed and in good health, was discovered at a military base. Reports said he had taken shelter in a hut and found a tap to drink from but was hungry and immediately asked for food when discovered.

US zoo kills gorilla after boy falls into enclosure

“A Self-Defence Force official who was on a drill found a boy whose age appeared to be seven,” said Tomohito Tamura, spokesman for police in northern Hokkaido island.

“There was no conspicuous external injury, and the boy introduced himself as Yamato Tanooka,” he told AFP, adding that the boy’s parents were reunited with him and confirmed he was their son.

The boy “looked in good health” but was taken to hospital by helicopter for a check-up as a precaution, Self-Defense Forces spokesman Manabu Takehara said.

The child’s emotional father later apologised when speaking to reporters outside the hospital where the child was being treated, in an appearance aired by public broadcaster NHK.

“My excessive act forced my son to have a painful time,” he said.

“I deeply apologise to people at his school, people in the rescue operation, and everybody for causing them trouble,” he added, thanking the rescuers.

“The first thing I said to my son was, ‘I’m very sorry to have caused you to face this suffering because of me,'” said the father, whose name has not been released, adding that his son nodded in return.

The boy had been missing since Saturday after his parents said they made him get out of their car on a mountain road as punishment for misbehaving — actions that have seen them severely criticised.

The parents originally told police their son had got lost while they were out hiking to gather wild vegetables, but later admitted they became angry and ordered him onto the road because he had thrown stones at cars and people.

The local Hokkaido Shimbun newspaper said the boy had told police that on Saturday night he walked some distance to the corrugated metal hut on the military base — located some 5.5 kilometres (3.4 miles) northeast of where he went missing.

An unidentified Self-Defence Force official told NHK that there were two buildings on the perimeter of an exercise field, and that when the soldier opened the door of one of them he found the boy inside.

The boy was hungry so the soldier who found him gave him something to eat, another military official told NHK.

Nippon TV said there was a tap outside the hut and that the boy had been drinking water from it while he sheltered there.

Japanese media interrupted regular programmes to broadcast news of the stunning development in the case which has drawn huge media attention.

The discovery was the top trending item on Twitter in Japan.

“How come a child can survive only with water?” asked another.

Ken Noguchi, a renowned alpinist who has climbed Mount Everest, tweeted: “If he survived by himself, it’s an unbelievable miracle.”

Others were concerned about the impact of the ordeal on the young boy and even whether his parents should regain custody of him.

“I wonder if his heart was broken as he was discarded in the mountain,” read a tweet under the user name Shirokuma.

“Should he be given back to the parents?” tweeted a user with the name Fujimo.

Police rescuers and fire personnel initially led the search for the boy but after coming up empty-handed the local town of Nanae requested military support.

From Wednesday Japanese soldiers joined in the hunt in the rugged region, where heavy rains at times hampered the operation conducted in overgrown forest and through tall bushes.

Police have said they are considering filing neglect charges against his parents, according to Kyodo News.