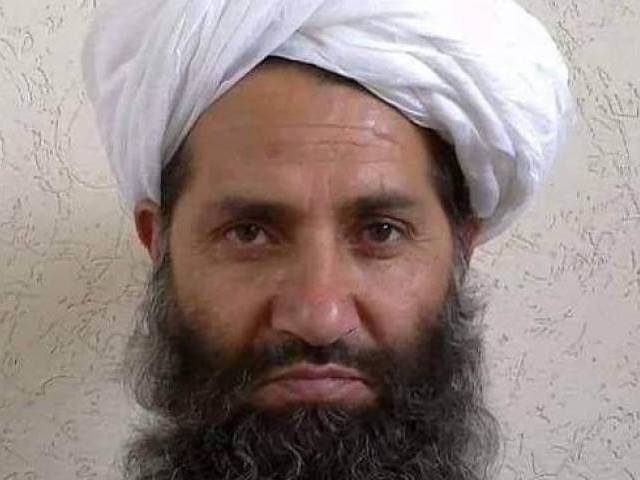 Taliban new leader Mullah Haibatullah Akhundzada is seen in an undated photograph, posted on a Taliban twitter feed on May 25, 2016, and identified separately by several Taliban officials, who declined be named. PHOTO: REUTERS

WASHINGTON: A US military spokesperson said on Wednesday that talks with the Afghan Taliban on ending the war in Afghanistan are unlikely any time soon after the militant group chose a conservative religious scholar as its new leader.

It was the first time that an American military official has publicly voiced doubts that US President Barack Obama will realise a key foreign policy goal of bringing the Afghan Taliban to the negotiating table after years of war before he leaves office in January.

Last week, the Afghan Taliban selected Mullah Haibatullah Akhundzada as their new leader after the United States killed their former chief, Mullah Akhtar Mansour, in a drone strike in Balochistan.

With a new leader, will Taliban finally come to talks?

“I don’t believe that we will see peace talks any time in the short-term with Mullah Haibatullah,” US Army Brigadier General Charles Cleveland, a spokesperson for US forces in Afghanistan, said in a media briefing.

US officials say that the hardline Akhundzada has little incentive to negotiate, with the Taliban making steady battlefield gains against Afghan security forces and the Obama administration still aiming to withdraw more US forces from Afghanistan.

While the Pakistani military, widely regarded as the Afghan Taliban’s patron, publicly supports peace talks, it has done little to bring the insurgents to the negotiating table, the US officials and independent experts say.

The US State Department has publicly said it still supports Afghanistan in ending the conflict through a peace and reconciliation process with the Taliban. Akhundzada, however, has vowed, in an audio recording, that there will be no return to peace talks.

Cleveland said that while Akhundzada was “not really a military guy, and really not a money guy,” he should not be underestimated.

The general added that while he was not optimistic about senior Taliban leaders joining negotiations, there is hope that lower level Taliban members would engage in talks.

The Quadrilateral Coordination Group, made up of officials from Afghanistan, Pakistan, the United States and China, has been trying to facilitate direct talks between the Afghan government and the Taliban.

Last month, the group held its fifth meeting, but the Afghan government declined to send a delegation, and the Taliban have not attended any of the sessions.

Uber raises $3.5 billion from country which bans females from driving