A theory of illogic

A theory of illogic 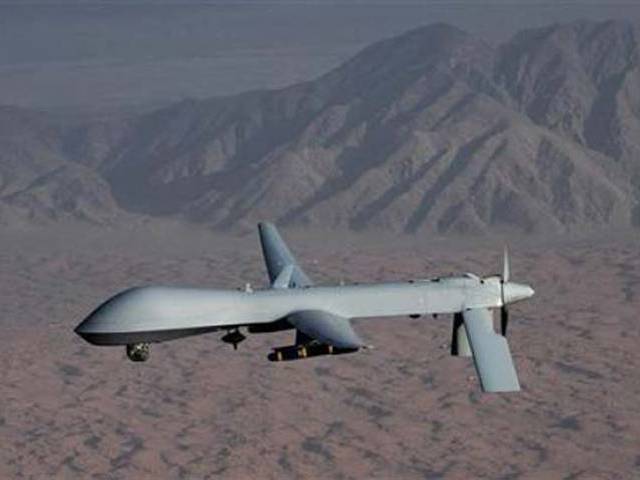 Drone strikes may continue to take place even if we had greater strategic cover from China PHOTO: REUTERS

One of the lessons one learns as a Pakistani attending international humanities and social science conferences is that there is a dearth of contribution to theoretical literature from our country. Generating theory is a matter of serious experimentation with ideas, which are based on empirical evidence, comparison and many other aspects. But then this is not a surprise since practitioners of policy often brush the mention of the words ‘theoretical’ or ‘academic’ aside. In fact, ‘babus’ or those with a similar mindset will remind you that to be considered a ‘professor’ is nothing to be proud of. It means you don’t know enough.

But who says we don’t produce theories? We certainly do, it is just that we fail to document our achievements. The best example pertains to the alterations we have made through the years in the positivist theory of political realism. This framework centres around the comparative power of the state. The primary contention is that the state being an autonomous and rational actor, there should be maximisation of power, hence the build-up of military power and the resultant military competition. Through the centuries, states also learnt that they could enhance their power not just through the independent pursuit of power, but also through interdependence. The rationalist paradigm, which is one of the oldest theories of politics and international relations is built around several historical formulae, including the Westphalian state formula and an understanding that the international political system is not based on equality. This is one of the reasons why states protect national interests, not just through the use of violence and confrontation, but also interdependence. This understanding is part of neorealism.

Pakistan’s contribution is negating interdependence and pursuing policies that are not captured by either positivist or constructivist paradigms. The latter pertains to theories that focus on the social construct of state power and attitude. So, the identity of the state, the perception of threat and historical experiences matter. But whatever method we use, states are considered rational when they find the means to locate and measure their gains. What is meant by the often-quoted line that ‘states have permanent interests, not friends or enemies’ means that certain policy options are measured against the ability to make gains at a given time which may be abandoned at another. Policies will be constantly measured and adjusted. Furthermore, it is policies that ought to be utilitarian, not relations.

In Pakistan’s case, we seem to be caught more by a perception of threat and thus we feel that we are being victimised. This sense of acute and constant challenge appears to emanate from our identity. Nonetheless, this in itself does not justify our perception of sovereignty as a tool to justify our lack of will to measure losses and gains. We assume that sovereignty is not relational and subject to comparative power but is a constant. This also means that there can be no fluctuations due to competing state interests. Thus, we tend to get shocked when drones violate our air space. It becomes difficult for us to comprehend how our sovereignty could be violated despite having access to military power, including nuclear weapons. In making such an assumption, we probably forget that the use of military power and that too on a scale which would jeopardise interests of others is not necessarily an autonomous decision. Therefore, other states with greater power will have more capacity to challenge a state’s sovereignty or military prowess.

If we understood this concept, it would not be too difficult for us to comprehend that drone strikes may continue to take place even if we had greater strategic cover from China. Given Beijing’s interest in expanding its military and economic network in the region for which it requires stability, it may also have issues with the non-state actors that the US has been targeting — from Baitullah and Hakimullah Mehsud to Osama bin Laden and Mullah Mansoor. It appears that in our imagination, it is the concept of ‘autonomy’ rather than ‘sovereignty’, which plays a greater role. Furthermore, this sense of autonomy is oblivious of any need for serious interdependence. Hence, it is not surprising that we insist on having the right to chuck out Afghans from our territory because we believe their presence threatens our territorial integrity. Also, the need to clamp down on Afghan refugees emanates from our unhappiness with Kabul trying to assert its autonomy. Interestingly, no need is felt for questioning our own autonomy in using the refugees during the 1980s to win a strategic relationship with the US. Unlike Iran that put Afghan refugees in camps and did not encourage integration with the population, General Zia’s regime allowed them to assimilate, obtain Pakistani identities, settle and invest in the country (the money by the UN was surely pocketed by many in government). We now want people whose third generation was born and raised here to pack up and leave. Islamabad’s perspective of Afghan refugees was always utilitarian — to be used in pursuance of Pakistan’s independent military interests.

There are two issues here. First, for more than two decades we have insisted on defining Afghan interests and who should represent these. Our primary lens is our own institutional cum national interests that force us to define the right kind of Pakhtuns who must get represented in Kabul. But such assessment does not measure the sense of satisfaction of different groups with Pakistan. Do we even have the ability to contribute to Afghan peacemaking beyond being a spoiler, which is also not in our long-term interest? Second, why do we assume that if we have never treated these people at a human level, then we will be able to earn kudos or friends in our neighbouring state, which will serve our interests?

It is a very lopsided view of political realism that often seems more illogical than logical. Perhaps, we have invented our version of post-realism in which states make policies that often do not even benefit them since they tend to confuse isolationism with autonomy. This is an age of interdependence and regional connectivity. Time to rethink our formula of being on a solo flight to nowhere.

Causes to support this Ramazan