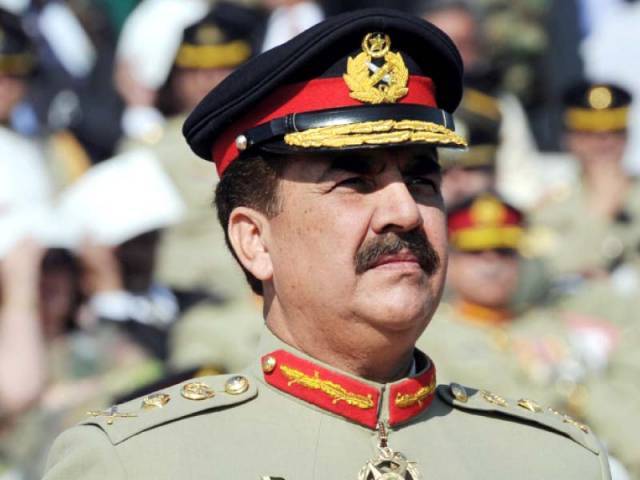 Army chief General Raheel Sharif on Wednesday said US drone strikes on Pakistani territory are regrettable and must stop as they are a threat to the sovereignty and security of the country, Express News reported.

“US drone strikes in Pakistani territory are regrettable and must stop,” said General Raheel while speaking to the media after President Mamnoon Hussain’s address to the joint session of Parliament.

General Raheel Sharif was present at the session marking the start of the new parliamentary year along with the navy and air force chiefs.

CPEC will see several govts before its completion: President Mamnoon

“China-Pakistan Economic Corridor is a national project and must be completed at any cost,” the army chief added.

Regarding the ongoing war on terror, General Raheel said, “The war on terror will be completed at any cost.” He also lauded the efforts of those participating in Operation Zarb-e-Azb.

General Raheel also briefed the president on his visit to Turkey where Turkish President Recep Tayyip Erdogan praised Pakistan Army’s accomplishments in Operation Zarb-e-Azb and its contributions to regional peace and stability.

Earlier, the army chief warned the recent US drone strike targeting late Taliban leader Mullah Akhtar Mansour was detrimental to bilateral relations between the two countries. The army chief’s reaction came during a meeting with the Ambassador of US David Hale at the General Headquarters in Rawalpindi, a statement issued by Inter Services Public relations (ISPR) said.

Drone strike on Pakistani soil detrimental to relations with US: Army chief

While expressing serious concerns over the drone strike, COAS said such acts of sovereignty violations are detrimental to relations between both countries and are counter-productive for ongoing peace process for regional stability.