The move comes in the wake of Taliba­n suprem­o Mullah Mansoo­r's death in a rare US drone strike deep inside Pakist­an
By Ali Usman
Published: May 23, 2016
Tweet Email 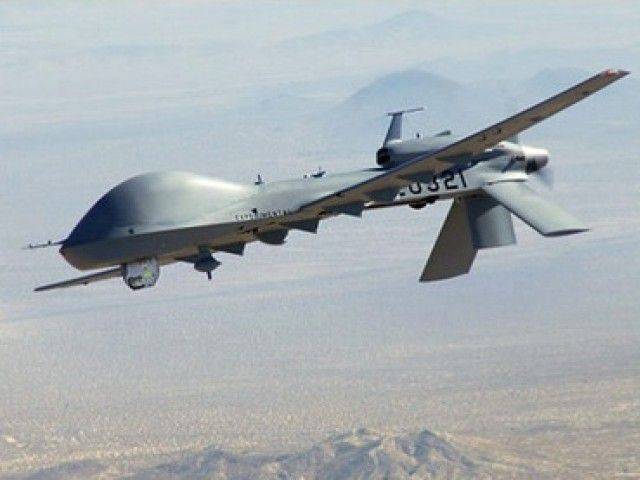 Mansoor was reportedly killed in a very rare US drone strike deep inside Pakistan in Kuchaki area of Naushki district. PHOTO: AFP/FILE

Mansoor was reportedly killed in a rare US drone strike deep inside Pakistan in Kuchaki area of Naushki district, over 200 kilometres away from Quetta, Balochistan.

While the Washington said Prime Minister Nawaz Sharif was notified of the strike, Islamabad denounced the attack and termed it as a violation of its air space, saying only negotiations could bring a lasting peace to Afghanistan.

The resolution was brought out by Opposition Leader Mian Mahmoodur Rasheed with the consent of the treasury benches.

“The US drone strike in Pakistan that claims to have killed Mullah Mansoor is a question for the sovereignty of Pakistan. This is an attack on the autonomy and independence of Pakistan,” the resolution said.

Pakistan seeks ‘clarification’ of US strike on Afghan Taliban leader

“This house demands from the federal government that US ambassador in Pakistan should be summoned to foreign office and the government should record its protest,” it added.

The resolution went on to demand that the government should ensure the United States refrains from carrying out such attacks inside Pakistan’s territory in future.

Terming the death an “important milestone” in efforts to bring peace to Afghanistan, President Barack Obama said the US forces will continue to go after threats on Pakistani soil.

The US has carried out hundreds of drone strikes in Pakistan, mainly in the country’s border tribal regions with Afghanistan, with leaked documents showing Islamabad had quietly consented, despite publicly protesting.

On May 18, senior officials from Pakistan, Afghanistan, the United States and China had agreed to give peace a chance, saying talks remain the only option for bringing an end to the lingering conflict in Afghanistan.