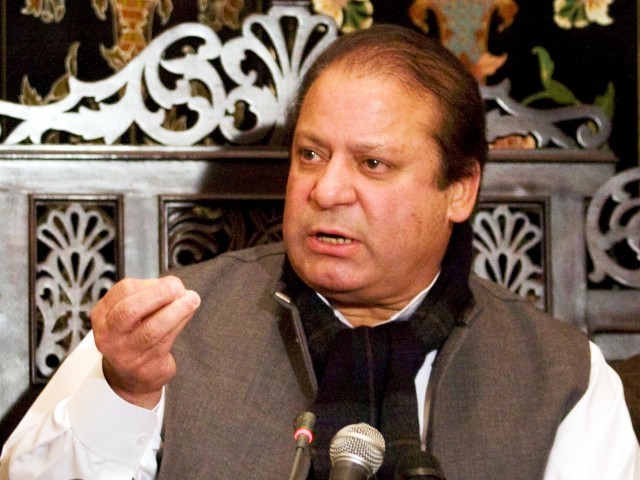 LAHORE: Chief of his own faction of the Pakistan Muslim League (PML-N) Nawaz Sharif has alleged that some federal ministers from the rival Pakistan Peoples Party (PPP) had tried to implicate him and his brother in the assassination of Punjab Governor Salmaan Taseer.

Taseer was gunned down on January 4 by one of his own security guards incensed by his remarks against the controversial blasphemy law.

Sharif, however, told a gathering at a local hotel on Friday that Prime Minister Yousaf Raza Gilani had not supported the ‘conspiracy’ hatched by the PPP ministers who are close to the presidential camp. “I thank the premier for discouraging such elements who do not want stability in Pakistan,” he added.

Sharif claimed the PPP ministers had a two-pronged plan: First they tried to establish it as a ‘politically-motivated’ murder, then they motivated supporters in different cities to stage rallies against Taseer’s murder. But Gilani thwarted the ‘plan’ saying that it was not a ‘political assassination’, Sharif added. Turning to the ambitious 10-point agenda that he had rolled out at a news conference earlier this month, the PML-N supremo said that the PPP was dilly-dallying on its implementation. The PPP is demanding more time for implementing  the agenda, he said but added that he has asked his party’s negotiators to tell the government that it must be implemented within 45 days as was initially said.

Sharif reiterated his 10 points, saying that if implemented, it would bring about a new era of economic prosperity in the country. However, if the PPP failed to do so within 45 days, then the PML-N would invite other political parties to come forward for the implementation of the agenda, he warned.

Sharif also took swipe at his arch-rival Pervez Musharraf, blaming him for undoing all the ‘good work’ of the previous PML-N government. He said that Musharraf gave nothing to the country except terrorism and extremism.

Sharif also blamed Musharraf for the Kargil fiasco. He claimed that the former army chief had triggered the conflict without taking political and military leadership into confidence.