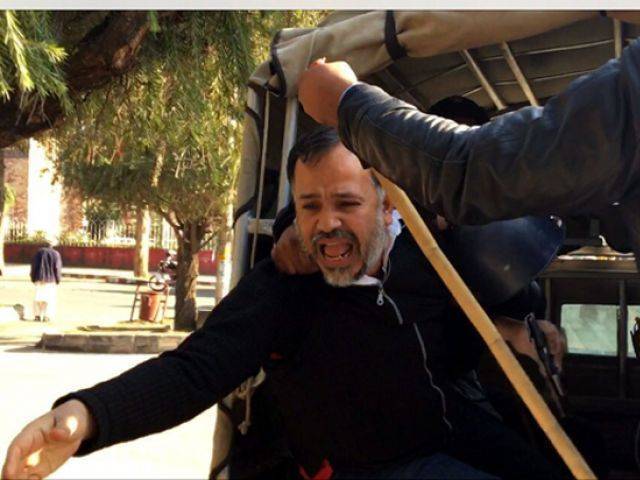 Zaki succumbed to the multiple bullet injuries during the course of treatment. PHOTO: EXPRESS

Gunmen shot dead rights activist and blogger Khurram Zaki in North Karachi Saturday night. Zaki was killed when he and his friend Khalid Rao were having tea at a roadside stall in Sector 11-B of North Karachi. “Two gunmen riding a motorcycle pulled up near the stall and opened indiscriminate fire at the pair,” said a witness, Fahad. “It happened in the twinkling of an eye – and the attackers fled the scene unidentified and unchallenged.”

Zaki, his friend Rao and another man, identified as Jahanzeb Aslam, were critically wounded. They were driven to the Abbasi Shaheed Hospital where medics referred them to the Aga Khan University Hospital. Zaki succumbed to the multiple bullet injuries during the course of treatment, while medics were trying to save Rao’s life.

Police reached the crime scene and collected forensic evidence. “We have recovered around 19 empty cartridges,” SHO Muhammad Iftikhar of Sir Syed police station told The Express Tribune. He refused to speculate on the possible motives behind the murder.  Zakir was a vocal critic of extremist elements. He had spearheaded a campaign against Maulana Abdul Aziz, the cleric of Islamabad’s Lal Masjid, when he refused to condemn the Dec 2014 Peshawar school carnage.

An editor for the blog, ‘Let Us Build Pakistan’ and former television journalist, Zaki had also been campaigning against sectarian violence.