Top university graduates to ‘Teach for Pakistan’, starting in Karachi

Top university graduates to ‘Teach for Pakistan’, starting in Karachi 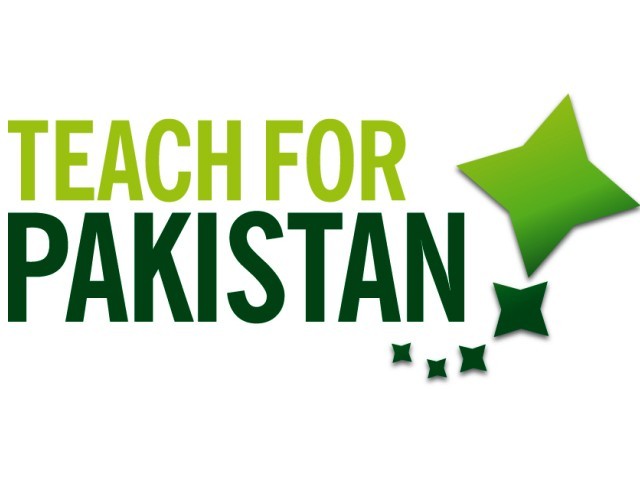 KARACHI: Idealism need not fight capitalism because they can work in harmony, is the message of Khadija Bakhtiar, whose Teach for Pakistan project aims to place 40 teachers in 20 under-resourced primary and secondary schools in Karachi this year and the next.

While studying public policy at the University of California, Berkeley, Bakhtiar was inspired by fellow students who had worked with Teach for America, a programme that tries to end educational inequity by sending top university graduates to teach in poor neighbourhoods for two years. “My colleagues said the project had changed their lives and [they] went on to become advocates for educational reform,” says Bakhtiar, explaining how it sparked her interest and search for other Pakistanis who were interested in starting a similar project in their country.

Indeed, Pakistan is the perfect place to start. Unesco’s senior national specialist for education, Arshad Saeed Khan, has said that the average Pakistani spends a mere 5.7 years in school.

Given the dire situation, Teach for Pakistan has mirrored the American model as it hopes to become a “nationwide movement” that can address the education crisis in the country.

Teach for Pakistan defies the concept of traditional charity because the programme pays a competitive salary and has a high, meaningful impact on the life of the teacher and student simultaneously. It plans to target public and private charity schools and hopes to expand to Lahore and rural Sindh in the following years.

The teachers will be trained to implement the prescribed national curriculum that is already in place at these schools, which Bakhtiar thinks is “a comprehensive code if not too ambitious”.

Better known as “fellows” — lifelong partners that will go on to advocate educational reform in their respective fields — these candidates will go through a rigorous six-week training session prior to their recruitment. They will be trained by educational experts on how to teach and develop life skills and impart education on subjects such as health and hygiene.

The programme will accept applications from anyone but is described by its founders as being “highly selective” since they want to recruit talented graduates who have attained academic excellence in top universities in Pakistan and abroad. As with all initiatives, this project has its cynics. Marketing graduate from the Institute of Business Administration (IBA) Karachi, Hamza Haq, feels, for example, that investing two years in a project that may not add value to his resume would be a waste of time.

He feels that career progression is more important and teaching at a primary or secondary school would not be a viable option—a sentiment he believes is shared by many of his class fellows.

But Bakhtiar has a more optimistic outlook. “People underestimate the committment of our youth,” she says, describing the challenge faced by the founders in the project’s pre-launch phase. “We have received a lot of support but we have also faced skepticism about the kind of enthusiasm and commitment young professionals will offer.”

While The Aman Foundation has sponsored the first phase of the project and met its financial requirement for the next few years, the founding members are hoping to expand and diversify their donor base by reaching out to benefactors when the need arises.Managing director of the Sindh Education Foundation, Professor Anita Ghulam Ali, hails the programme as a “very useful” initiative to address the education crisis.