Pakist­an is a countr­y awash with report­s about just how bad things are for some people­
By Editorial
Published: April 5, 2016
Tweet Email 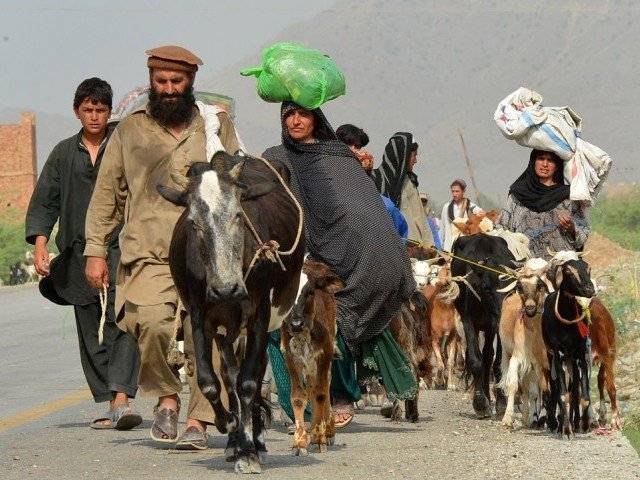 Pakistan is a country awash with reports about just how bad things are for some people. PHOTO: AFP

Pakistan is a country awash with reports about just how bad things are for some people, so much so that they tend to drift past, often unread and unnoticed. Yet a few are arresting in the way they present stark and unvarnished evidence, and a report on the conditions endured by 85,000 families who fled North Waziristan, 2,654 of them to Bannu, is one such. It must be remembered that these people were displaced involuntarily. Before Operation Zarb-e-Azb, they had houses and livelihoods — not any more. The report is compiled by several agencies working in collaboration and illustrates just how the Bannu district economy, essential services and already scanty resources were simply overwhelmed.

For the Bannu group of families, there are a range of adverse impacts — early marriages (not uncommon before displacement), domestic and sexual violence, poor or absent health facilities particularly for maternal care and midwifery, lack of education resources at every level and inadequate shelter that is culturally inappropriate which in itself feeds through to high levels of depression among women. In virtually every category of deprivation that can be envisaged, the Bannu group of families are deteriorating; and are going to find it exceedingly difficult to recover — even if the civil administration stretches itself to meet their needs when they go home. There can be no denial of the empirical data contained in the survey report “Profiling of IDPs living in spontaneous settlements in Bannu”. This is evidence of a self-inflicted wound and a failure to think through and prepare for the consequences of such a large decanting of a population — and the Bannu group will not be alone in their misery. There are 59 per cent of girls out of school and 30 per cent of boys. At least 21 per cent of adult respondents expressed deep concern about early marriages and that there was a rise in “negative behaviour against women in general” plus a rise in domestic violence. The true horror lies in the fact that these results could not have been unexpected, and if there is a recipe for the radicalisation of a population, then it lies before us. As you sow then so shall you reap.

A blunder in urban planning