Source­s say Chines­e action was in 'consul­tation' with Pakist­an, which is not on the UN Commit­tee
By News Desk
Published: April 1, 2016
Tweet Email 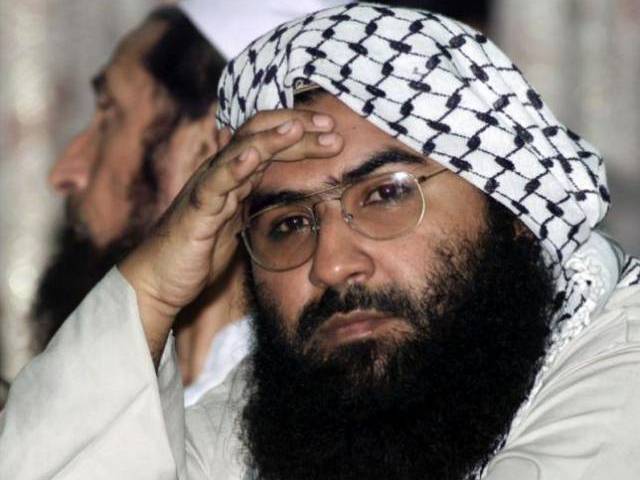 China has once again blocked India’s move in the United Nations to ban Jaish-e-Muhammad chief Masood Azhar, the alleged mastermind of the Pathankot terror attack.

Sources told the Times of India that on Thursday, China requested the UN Committee, which is considering a ban on the chief of the Pakistan-based terror outfit Jaish-e-Mohammad(JeM), to keep on hold the designation.

India to move UN for ban on JeM chief

The India submission was considered by the Counter-Terrorism Executive Directorate (CTED) for technical aspects of the evidence provided. The technical team then with the support of the US, UK and France had sent it to all the members, sources said.

The sources further said, “All were told that if there are no objections the designation will be announced after the expiry of the deadline.”

“However, hours before the deadline, China requested the Committee to hold up the banning of the JeM chief,” the sources continued.

According to other government sources, the Chinese action was in “consultation” with Pakistan, which is not on the UN Committee.

After the attack on the Indian Air Force base at Pathankot on January 2, India in February wrote to the UN calling for immediate action to list Azhar under the al Qaeda Sanctions Committee. ““We will be moving the 1267 Sanctions Committee to also include the name of Masood Azhar on the sanctions list,” Indian External Affairs Ministry spokesperson Vikas Swarup had said.

India also told the UN Sanctions Committee that not listing Azhar would expose it and other countries in South Asia to threats from the terror group and its leader. Swarup noted that India had already submitted to the UN’s Sanction Committee a fresh list of 11 terrorists from Pakistan-based groups affiliated to al Qaeda, Taliban and other outfits responsible for terrorism in the country.

The UN banned JeM in 2001 but India’s efforts to get restrictions imposed on Azhar after the Mumbai attacks did not fructify as China didn’t allow them to be imposed.

This article originally appeared on the Times of India.

Khula: A woman’s right to divorce with dignity