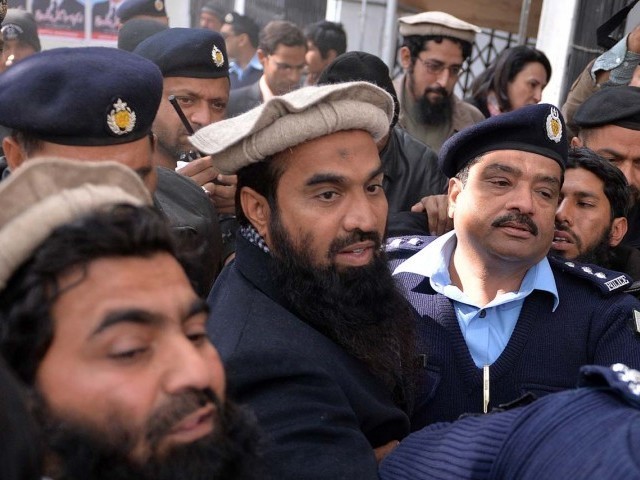 UN Asoke Mukherjee last month had said Lakhvi’s release by Pakistan was in violation of the UN Resolution 1267 . PHOTO: AFP

China has blocked India’s move in the United Nations seeking action against Pakistan over the release of Zakiur Rehman Lakhvi, the alleged mastermind of the 2008 Mumbai terror siege, in violation of a resolution of the world body, Indian media reported on Tuesday.

As the UN Sanctions Com­mittee met at India’s request, a clarification was to be sought from Pakistan over Lakhvi’s release in the Mumbai attacks trial but the Chinese representatives blocked the move on grounds that New Delhi did not provide sufficient information, official sources said.

In a letter to the current chair of the UN Sanctions Committee Jim McLay, India’s permanent representative to the UN Asoke Mukherjee last month had said Lakhvi’s release by a Pakistani court was in violation of the UN Resolution 1267 dealing with designated entities and individuals.

The sanctions measures apply to designated individuals and entities associated with terror groups including al Qaeda and Lashkar-e-Taiba (LeT), wherever located. The Sanctions Committee has five permanent and 10 non-permanent UN member states.

The release of Lakhvi had also raised concerns in the United States, UK, Russia, France and Germany with Washington calling for him to be re-arrested.

Lakhvi, 55, was arrested in December 2008 and was indicted along with six others on November 25, 2009 in connection with the 26/11 attack case. The trial has been underway since 2009. The Lahore High Court on April 9 ordered to set free Lakhvi.