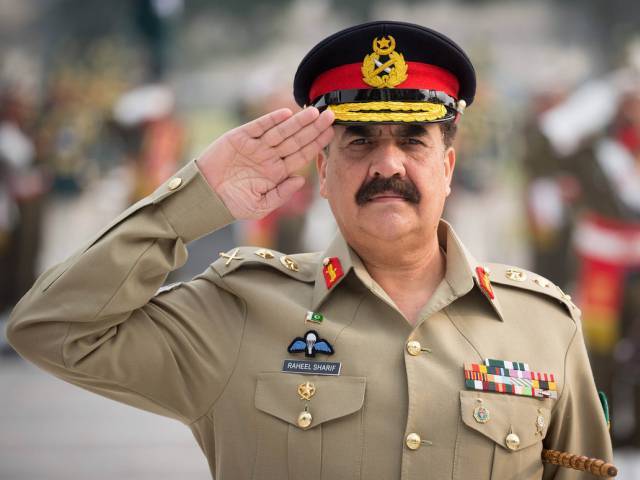 As Army chief General Raheel Sharif ordered intelligence-based operations against terrorists in Punjab, he made it clear that these operations will not be “joint actions” as conducted in the past along with the police and provincial intelligence agencies.

The overnight operations, which the army chief is personally monitoring, were conducted by army units, paramilitary Rangers, the Inter Services Intelligence and Military Intelligence personnel.

Hours after the blast in Lahore which had left 72 people dead and 370 injured, Gen Raheel had chaired a high-level meeting in Rawalpindi with chiefs of ISI and MI in attendance. During the meeting the army chief had ordered crackdowns against militants with the focus on finding linkages and perpetrators of the attack.

Subsequently the military conducted several raids in Lahore, Faisalabad, Muzaffargarh and other cities. One of the operations reportedly lasted for over five hours and yielded several arrests.

The crackdown followed weak reaction from the federal government on the arrest of former Indian navy commander and Raw agent Kulbhoshan Yadav and has rung alarm bells for the ruling Pakistan Muslim League-Nawaz (PML-N) leadership. The operation has also supported rumours that the relations between establishment and the government were getting tense.

However, Punjab law minister and a close associate of Sharif brethren, Rana Sanaullah, had on January 30 dismissed the need for any military or Rangers operation in Punjab.

But Sunday’s blast proves that the operation which certain elements and the military leadership have been calling for was a need of the country and the nation.

It was during this meeting that Gen Raheel further instructed that there will not be any kind of collaboration with the police or any other provincial security agency nor will they cede to any pressure.

Before the Karachi airport tragedy, the government had been undecided about the operation in North Waziristan. However, the army chief consulted his corps commanders and quickly decided to launch Operation Zarb-e-Azb. It also took practical steps towards this end which ensured that the government took “ownership” of the operation within hours of its start.

After the operation was launched in Karachi, there was a strong demand for joint operations by Rangers and the provincial agencies in southern Punjab to tackle ‘nurseries’ of terrorists and their facilitators and their financial support network in the province.

The federal and the provincial government also offered “unusual opposition” when National Accountability Bureau wanted to take action against corruption, terrorists and their financial supporters in Punjab.