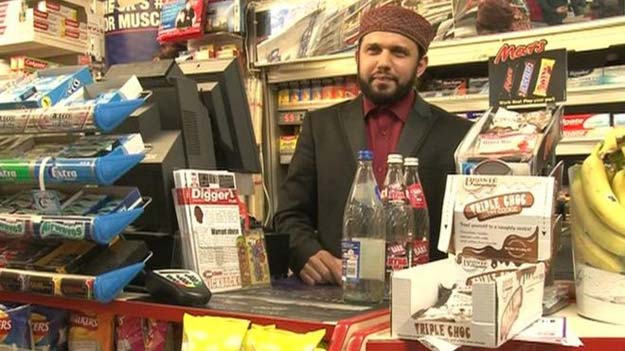 Asad Shah, 40, was stabbed 30 times by a Muslim man wearing a long religious robe, according to Daily Mail. He was pronounced dead on arrival at the Queen Elizabeth University Hospital after being found seriously injured in Minard Road, Shawlands.

"Good Friday and very happy Easter, especially to my beloved Christian nation x!" the 40-year-old had posted from an account that appears to be his.

A 32-year-old Muslim man suspected of being behind the attack has been arrested. The police are treating it as a "religiously prejudiced" attack. People have been taking part in a silent vigil in memory of Shah photo: BBC

Tributes poured in for Shah, with flowers being placed at the scene as people took part in a silent vigil in memory of the shopkeeper.

Residents expressed shock and sadness at Shah’s death, describing him as a 'gentleman'. Brothers Qaiser and Omar Khan said they knew Shah well and had repaired his cars in the past. They described him as "a humble, sweet person." Messages and flowers were placed at the scene of the vigil PHOTO: BBC

"I've known him since I was a wee boy so this is shocking news. He was a very straight-forward, humble person who was very good with his customers. He cared about his family a lot," Omar said.

Another local, Isabella Graham, 64, said Shah employed her daughter at the shop when she was younger. "He was an amazing, wonderful man, he couldn't do enough for you. He wouldn't hurt anybody. Nobody in Shawlands would have a bad word to say about him. I can't believe he's gone."

Several people from all faiths took to Twitter to pay tribute to Shah using the hashtag  #thisisnotwhoweare:

100s of people came together tonight to pay their respects, say a wee prayer or silently reflect #thisisnotwhoweare pic.twitter.com/b3D2gGsj5x

Big memorial to Asad Shah, who was brutally murdered on my street yesterday, with the hashtag #thisisnotwhoweare pic.twitter.com/7nDoyq2QBy

We will not forget you Mr Shah, Rest in Peace #thisisnotwhoweare pic.twitter.com/tZqyDhvSkq

Terrible news of the death of Asad Shah. Always made everyone feel like a friend. Our community has lost a great friend.#thisisnotwhoweare 💔

Good on the people of #Shawlands tonight. Telling everyone #ThisIsNotWhoWeAre in #Glasgow #SCO
RIP #AsadShah pic.twitter.com/voZlmmhw8K

Crowds round corner &behind police morn loss of Asad Shah:unconditional real love for all mankind#ThisIsNotWhoWeAre pic.twitter.com/LGSTnhdWnJ

I know Glasgow well enough to know that is not who you are. #thisisnotwhoweare 😔

feeling heartbroken. my thoughts are with Asad Shah's family. #thisisnotwhoweare

The article originally appeared on BBC. 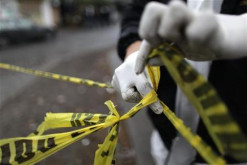 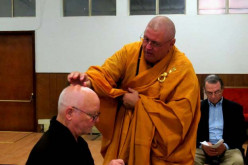 Buddhist monk, mistaken for Muslim, attacked in US