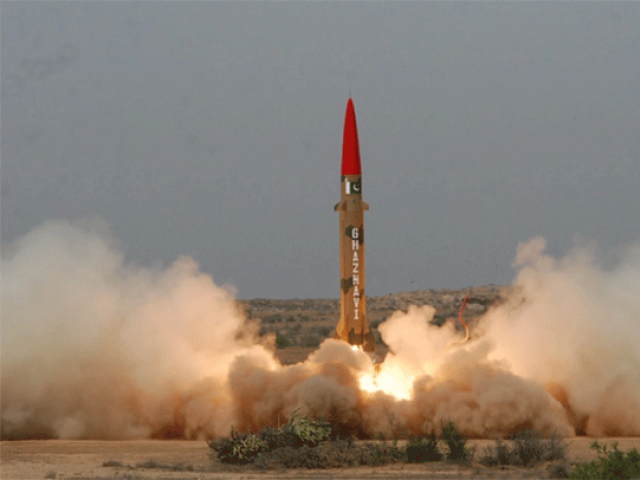 Adviser to Prime Minister on Foreign Affairs Sartaj Aziz informed the Senate on Tuesday that Pakistan’s nuclear technology is for its own deterrence and it will not share it with any other country under any circumstances.

Giving a policy statement in the Senate on an adjournment motion to discuss a statement of US Secretary of State John Kerry that Saudi Arabia may purchase nuclear bomb from Pakistan, he said that it was not a statement as Kerry was responding to question of a journalist during a television interview.

“Though we have very good relations with Saudi Arabia, we will not share the nuclear technology with any country as it is for our own deterrence. This should be clear that our nuclear safety, export control command and control regime was acknowledged by the whole world,” he maintained.

About US pressure to cap nuclear programme, he said that Pakistan had made it crystal clear to the US that it is a matter of our security, and if our rival, India, is expanding its capacity, we would not accept it.

The adviser also rejected reports that Pakistan is hosting Taliban. “We hosted 3 million Afghan refugees after 9/11 and still some 300,000 Afghan refugees are living here, so there is no truth that we are hosting them,” he added.

Referring to his speech at the Council on Foreign Relations in Washington, he said: “We’ve some influence on Taliban but we cannot control them [Taliban]. Our influence is very limited, as they had turned down our requests in the past when Taliban were in power in Afghanistan”.

He urged all four countries – Pakistan, Afghanistan, US and China – to play their role in bringing Taliban on the negotiation table.

About Indian Defence Minister Manohar Parrikar’s allegations that non-state actors from Pakistan were involved in the Pathankot attack, he said that it is an old narrative of India, which always wants to discredit Pakistan.