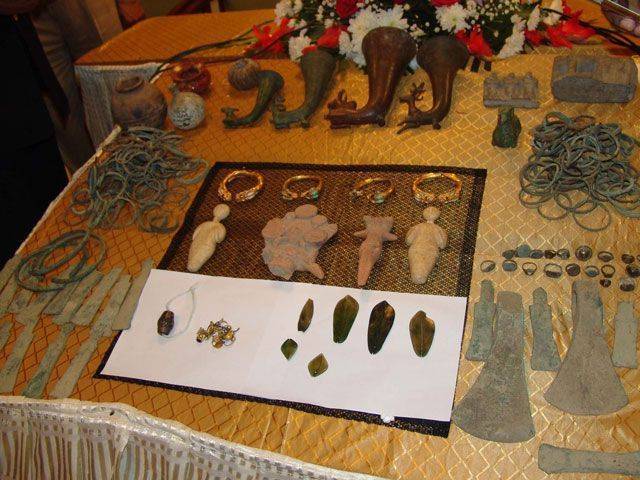 LAHORE: Centuries-old artefacts were stolen from the museum of Punjab Assembly during mass protests against the execution of Mumtaz Qadri.

According to another museum staffer, hundreds of men entered the museum and beat the staffers when they attempted to restrain them from committing the crime.

He added that police were immediately informed of the incident but they arrived late apparently because they were engaged in maintaining law and order outside the building.

The antiques, including a gift from the Oman’s government, were brought to Pakistan during the second Islamic Summit Conference in 1974.

Smells like Nirvana: Over 500 new artefacts found at Bhamala

In December last year, Pakistan Customs seized antiques at Karachi airport belonging to the ‘pre-historic era’ and worth millions of dollars.