This is how Priyanka sounds as Marvel's Pakistani superhero

This is how Priyanka sounds as Marvel's Pakistani superhero 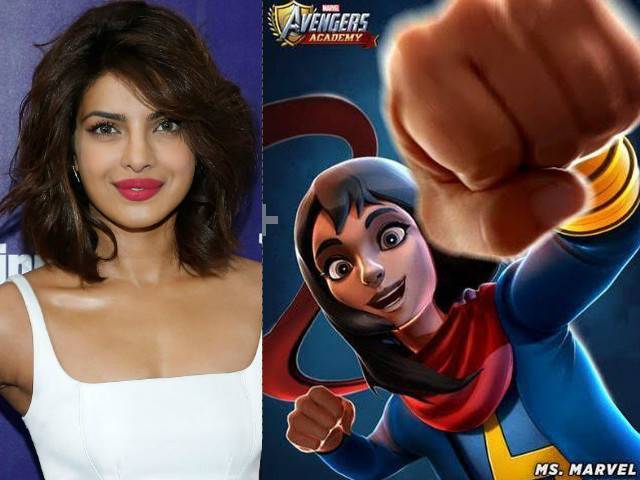 People are trolling the Bollywood actor for her "fake accent"

Priyanka Chopra just can’t stay out of the news. The Bollywood actor on Wednesday shared the first preview of Marvel’s Pakistani-Muslim superhero Kamala Khan (Ms Marvel) to which she has lent her voice.

The Quantico star, who will be the voice of Kamala Khan (Ms Marvel) in Marvel’s online game MARVEL Avengers Academy, retweeted the clip of her recent wonder.

“We bring you the 1st preview of @priyankachopra as Ms Marvel #AvengersAcademy available on iTunes.”

We bring you the 1st preview of @priyankachopra as Ms. Marvel ⚡️#AvengersAcademy available on iTunes pic.twitter.com/dJtyaoc8eq

Earlier on February 5, PeeCee took to Twitter to announce she will be lending her voice to Marvel’s Pakistani superhero. “Say hello to Ms. Marvel-I’m her voice and she’s my alter ego in MARVEL Avengers Academy!” she said.

Here’s how the internet reacted to Priyanka’s voice-over:

@PriyankaDaily @priyankachopra you are Marvelous ! ..we are proud of you !

@PriyankaDaily @priyankachopra this is soo cool. that sexy voice

@PriyankaDaily @priyankachopra her voice tho

Meanwhile, some continue to troll her “fake American accent”:

More power to you PeeCee.