The star is report­edly in talks with the makers of the movie which stars Dwayne 'The Rock' Johnso­n
By Entertainment Desk
Published: January 12, 2016
Tweet Email 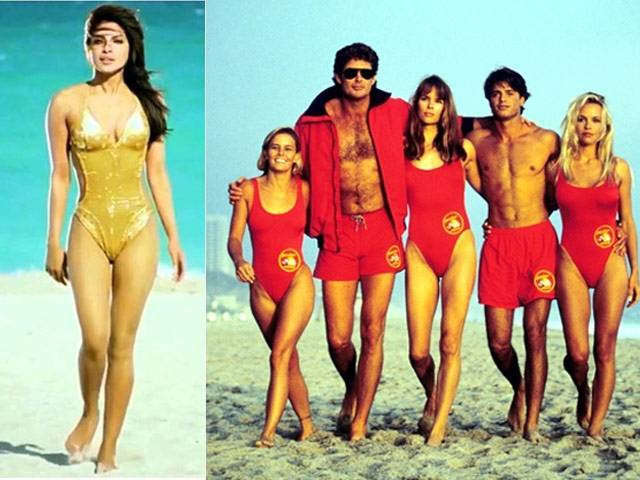 We can’t decide what’s more exciting, the fact that Baywatch is being adapted for the big screen or that Priyanka Chopra has been roped in to play a part in the adaptation of the much-loved TV series.

The Bollywood starlet will be making her Hollywood film debut alongside Dwayne ‘The Rock’ Johnson in the upcoming production, reports The Hollywood Reporter.

Reveling in the stardom of her debut TV series Quantico, and bagging the People’s Choice Award, PeeCee seems to be on an all-time high.

The actor will be reportedly be playing the role of a villain in the upcoming venture and is in talks with makers of the film. The cast also includes Zac Efron and Model Kelly Rohrbach, who will be essaying the famous role played by Pamela Anderson in the TV series.

Although the film is slated to go on floors this April, Priyanka is still working out schedule conflicts with the film’s shoot and her ABC show.

Deepika to start shooting for Hollywood debut in Feb

Horrible bosses director Seth Gordon will be directing the film. The movie centers on the leader of an elite group of lifeguards (Johnson) who is forced to team up with a young, hotshot former Olympian, played by Zac Efron, to save their beloved bay.