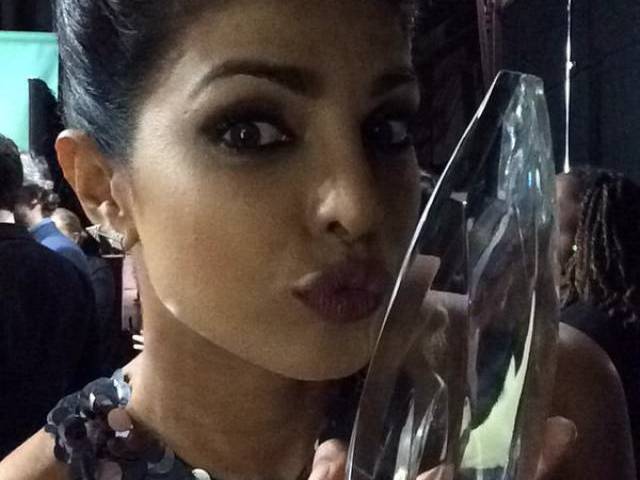 This starlet is on a high and there’s no stopping her. She made waves after her Hollywood debut with TV show Quantico and she has now bagged an award for her role in the series — making her the first South Asian actress to win People’s Choice Award.

Priyanka Chopra was up against Jamie Lee Curtis, Emma Roberts, Marcia Gay Harden and Lea Michelle in the ‘Favourite Actress in a New TV Series’ category. She won the award for her role as an FBI trainee in the American thriller TV series Quantico. Deepika to start shooting for Hollywood debut in Feb

Hollywood actor Vin Diesel presented her the award and the former Miss World could hardly contain her excitement. She immediately took to Twitter to thanks her fans.

I am so fortunate!Thank U to everyone who voted for me at the #PCAs! My #PCManiacs-I am nothing without you!Big love pic.twitter.com/Omg31wG7oa Her friends from the industry took to Twitter to congratulate her:

Hey @priyankachopra congratulations on the win !! So proud of you ! Keep rocking yaow !!

Congratulation @priyankachopra baby ! To many great success to come ! pic.twitter.com/aCNRqFYpJO

Congratulations 2 @priyankachopra for doing #India proud by winning at #PeoplesChoiceAwards this is d sort of News that makes India SHINE!

PC is definitely giving all other Bollywood celebs a run for their money. We wonder if Deeps will be able to keep up now that she’s prepping for her Hollywood debut alongside Vin Diesel.

Netflix and no chill: Twitter divided over TV giant’s entry into Pakistan