90 O’ Level, A’ Level, AS’ Level and IGSE award winner­s announ­ced on Thursd­ay
By Our Correspondent
Published: February 11, 2016
Tweet Email 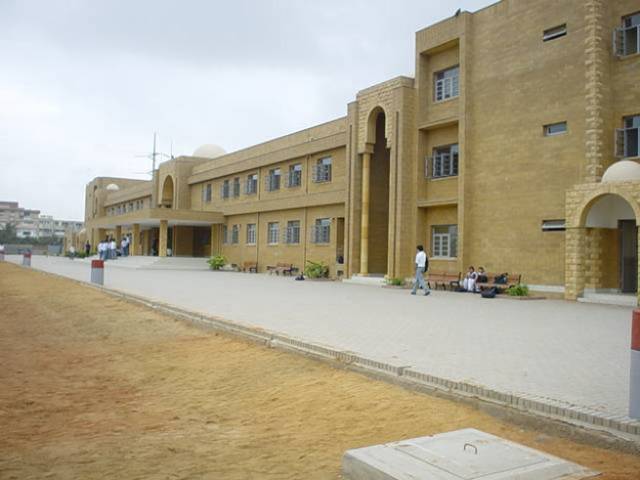 Ninety students won awards in five different categories, including ‘Top in Pakistan’, ‘Best Across’, ‘Top in Karachi’, ‘High Achievement’ and ‘Top in the World’.

Of the 90 students who received awards for their exceptional performance in the Cambridge examinations, 11 students from Karachi Grammar School (KGS), Beaconhouse School System (BSS), St Patrick’s High School and Mama Parsi Girls School achieved the highest marks in the world. Around 19 students attained highest marks in Pakistan in a single subject, while 24 Best Across awards were handed out. Four students were also awarded the high achievers award.

The awards celebrate outstanding academic achievements of secondary school learners in Pakistan in the June and November 2015 Cambridge examinations. KGS won the highest number of awards in all categories with 34 in total, followed by BSS students winning 12 awards.

The ‘High Achievement’ award acknowledges outstanding performance in non-mainstream subjects, such as German as a foreign language, art and design and geography, which are not widely taken in Pakistan. The CAS school secured three out of four high achievement awards, with the fourth award going to KGS.

“I would like to congratulate the students across Pakistan on their outstanding results in the Cambridge examinations,” said CIE country director Uzma Yousuf Zaka. She also congratulated the teachers and principals who helped in achieving such outstanding results, as well as the parents who guided and supported the students over the years. “This success defines you – not just as learners, but as Cambridge learners. I wish you every success in your future.”

KGS college section headmaster RA Ponsford shared that of more than 800 students, KGS managed to secure 34 distinctions, which is the highest in the country. He also said that it is due to the hard work and dedication of both the teachers and students that they won the highest number of awards. “KGS is very pleased with these results in the CIE exams, which is an improvement on our last year’s results,” he added.

More than 80 students sat for the Cambridge exams this year and the fact that three of them made it to the high achievement list is a big success, said CAS principal Sami Mustafa, while talking to The Express Tribune. “It’s a proud moment for the school that our students are competing with other big schools of the country,” he added.

The Generation’s School will hold an awards ceremony for the winners in July, revealed their O’ and A’ levels section headmistress Uzma Shakeel. She added that more than 400 students from O’ and A’ levels sat for the exam and it is due to strong institutional framework that they have been winning awards since 2001.