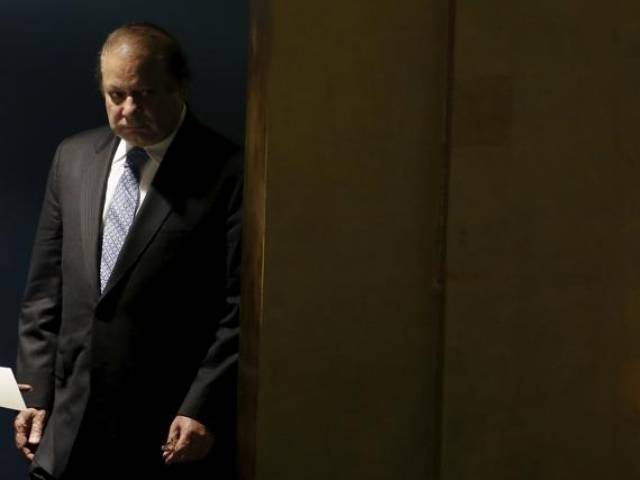 The premier told the media on Tuesday that the Essential Services (Maintenance) Act was extended to the Pakistan International Airlines to improve the performance of the national flag carrier.

However, politicking is underway in the PIA, he added. “And it is going on with the backing of some political parties. Should we not check it and improve the situation?”

PM Nawaz said passengers face hardships due to the airline’s poor service and the poor condition of its fleet. “Should we ignore it?” he asked, and then responded himself: “It will not happen at all!”

He said the protesting employees would face action, and warned them of termination from service and a year in prison under the essential services act. “Any concession to such elements would be unfair to the country.”

The premier, however, added that the PIA employees who were not part of the protest campaign would be rewarded.

Referring to the statement of National Assembly opposition leader Khursheed Shah, who described the government’s decision to extend the essential services act to the PIA as a ‘dictatorial decision’, PM Nawaz said PPP founder Zulfikar Ali Bhutto had also extended the act to the airline in 1976.

Earlier during the day, three PIA employees were shot dead during the protest against the government’s plan to privatise the ailing national airline.

Protesters accused law enforcers of firing after a ‘confrontation’ that broke out when the PIA employees were blocked from approaching the Karachi airport.

However, a spokesperson for the Rangers and a senior police officer denied that any of their personnel had fired.

Meanwhile, the interior ministry has slammed politicians’ criticism of the law enforcement and security agencies.

“They put their lives at risk for the protection and safety of the citizens,” said a spokesperson for the ministry. “Issuing political statements against them without any proof is not appropriate.”

Interior Minister Chaudhry Nisar Ali Khan expressed sympathy with the families of the employees who lost their lives or were injured during the protest. Information Minister Pervaiz Rashid also expressed sorrow over the killings and condoled with the bereaved families. Rashid pointed out during a news conference in Islamabad that it was not yet known who had fired the shots, Radio Pakistan reported.

State Minister for Privatisation Muhammad Zubair, who was also present on the occasion, said the government had deferred the plan to seek strategic partnership of the PIA for six months with a view to placating the employees.