Nawaz Sharif says employ­ees perfor­ming their duties and are not part of the protes­ts will be reward­ed by the govt
By Abdul Manan / Qadeer Tanoli
Published: February 2, 2016
Tweet Email 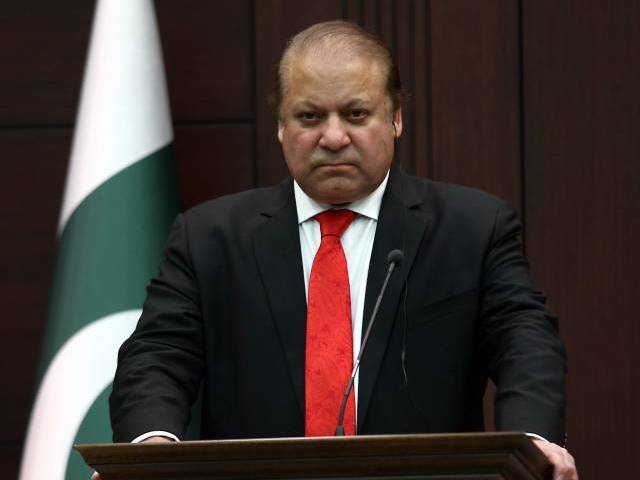 ISLAMABAD: Prime Minister Nawaz Sharif warned on Tuesday that employees of Pakistan International Airlines (PIA) will lose their jobs or may face up to one year imprisonment if they fail to show up at work with immediate effect.

At the same time he said the workers who are performing their duties and are not part of the protests will be rewarded by the government.

The announcement came amid the recent protests held by some staff members against the privatisation of the national flag carrier.

On Tuesday, the protest took a violent turn in Karachi where security forces used water cannons and teargas to keep the protesting PIA employees from approaching the Jinnah International Airport before shots were fired.

According to a hospital official, two protesters died and eight others sustained injured due to clashes between protesters and law enforcing agencies (LEAs).

Meanwhile, a spokesperson for the Interior Ministry has disapproved criticism against LEAs.

He said LEAs personnel put their own lives at risk for the protection and safety of the citizens, adding that issuing political statements against them without having any proof is not appropriate.

However, Federal Interior Minister Chaudhry Nisar expressed sympathies towards employees’ families who lost their lives or were injured in Karachi during the protest.

Meanwhile, former president Asif Ali Zardari strongly condemned the incident, demanding investigation of the tragedy. He also called for a judicial probe into the firing incident.