They also threat­en to halt flight operat­ions from Februa­ry 2 if the govern­ment will not take back its decisi­on
By Saad Hasan
Published: January 25, 2016
Tweet Email 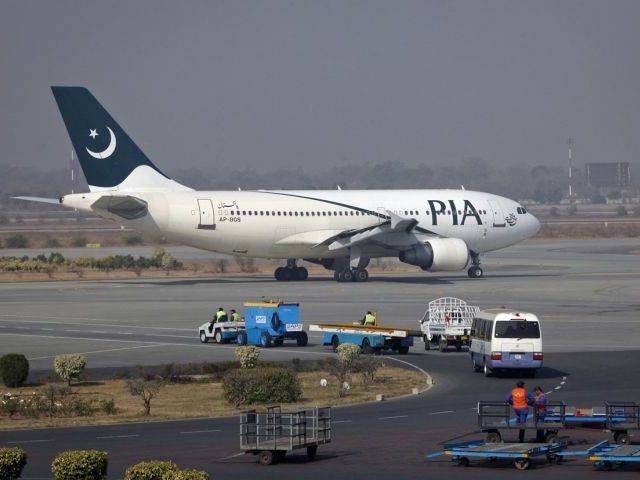 Air operations will also be halted if the demand to withdraw airline's privatisation is not met, says representative. PHOTO: REUTERS

KARACHI: The unions of Pakistan International Airlines (PIA) announced on Monday to close all offices across the country from Tuesday to protest against the government’s decision to privatise the national carrier.

They also threatened to halt flight operations from February 2 if the government will not take back its decision.

Hundreds of employees affiliated with half a dozen unions gathered at the PIA head office in Karachi on Monday as their leaders intensified criticism of the privatisation plan, which the government insists is only a move to involve strategic investors against a minority stake to address the financial woes of the airline.

However, the unions made it clear that they won’t roll back strike plan unless uncertainty is removed.

“We don’t care if it is two or 26 per cent that they want to sell,” said Nasrullah Afridi, president of Pakistan Airlines Cabin Crew Association and spokesperson for the confederation of unions. “We won’t accept it,” he added.

The protest is also seen as a move by the unions to press for inclusion of their representatives in management affairs. This was evident when the unions protested against former managing director Aijaz Haroon in 2011, resulting in his ouster from the office.

On January 5, the federal government converted the PIA privatisation ordinance into a bill to keep the PIA sell-off option open. The ordinance was repealed after the opposition invoked Article 89 of the Constitution in the Senate in a rare move.