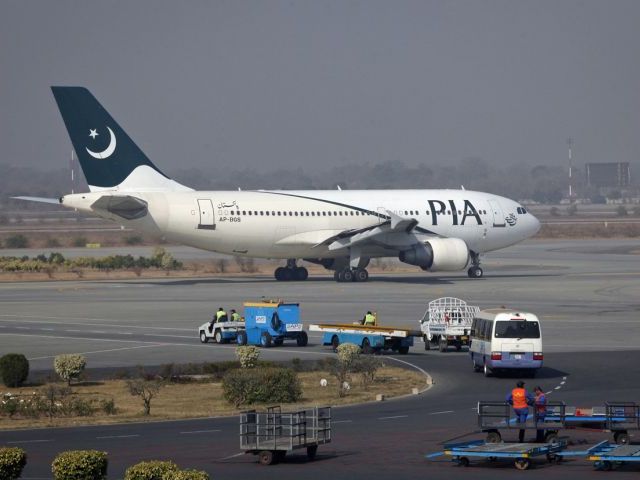 The federal government has converted the repealed PIA privatisation ordinance into a bill to keep the PIA sell-off option open.

By turning the repealed ordinance into a bill, the government has ensured the bill will be debated by the National Assembly’s Standing Committee on Cabinet instead of the PIA Special Committee, which has been formed to decide the fate of the struggling national airlines.

Once cleared by the standing committee, the bill will again go to the Senate for voting. The upper house will have three months to take its decision.

Last month, the government had promulgated the controversial PIA ordinance to repeal the PIA Act of 1956, aimed at removing a legal hindrance in its privatisation. However, the Opposition-dominated Senate invoked Article 89 of the Constitution, repealing the ordinance in a rare move.

The original due date for the airline’s privatisation was December 2014, which the International Monetary Fund (IMF) has revised three times. The government has already missed the donor’s deadline of December 31 for inviting investors for PIA. The IMF has also set June 2016 as the deadline for PIA’s privatisation, which the government is likely to miss again.

Meanwhile, Federal Climate Change Minister Zahid Hamid has been elected as the chairman of the PIA Special Committee that will decide the fate of PIA. The special committee was constituted under a National Assembly resolution with a mandate to oversee matters arising out of the implementation of the repealed PIA ordinance.

Hamid was elected with a majority vote in the first meeting of the committee on Monday, defeating the Opposition’s joint candidate, Naveed Qamar of the Pakistan Peoples Party.

The Muttahida Qaumi Movement, Pakistan Tehreek-e-Insaf, Awami Muslim League and Jamaat-e-Islami had all voted in favour of Qamar, who served as the privatisation minister in the previous government. During the meeting, Finance Minister Ishaq Dar announced the government would honour any decision taken by the committee.

The government would invite expression of interests (EOIs) from prospective bidders for selling stakes in the national airlines only after getting clearance from the special committee. “The government is not stubborn as it believes in collective wisdom,” he said during the meeting, urging the committee take the decision holistically, as the cumulative losses at the airlines have reached Rs296 billion.

Dar said the organisation would be split into two and the government would retain the debt-ridden, non-core business and the employees.

However, PTI’s Asad Umar questioned him if overstaffing was the reason for PIA’s losses and the government bound the new investor from firing any employee, how would the investor make the airline profitable? “The government’s strategic partnership is actually PIA’s privatisation,” Qamar interjected while urging the treasury members to tell the truth.

Dar replied that in case the government did not get encouraging response from the investors, the airline’s restructuring would continue.