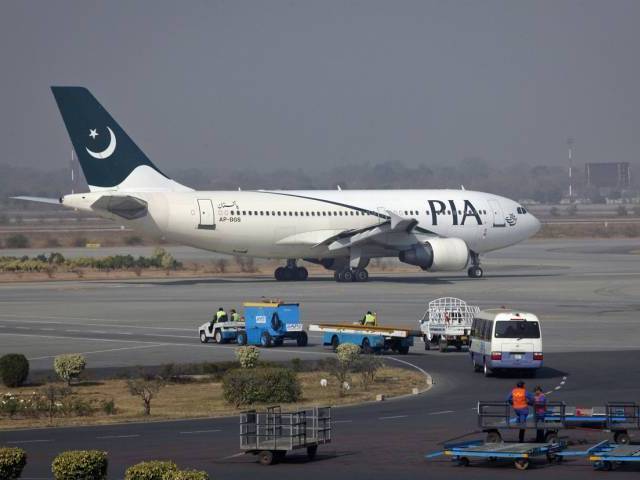 Employees of Pakistan International Airlines (PIA) have decided to go on strike on February 2 after their talks with the government collapsed. The impending protest might result in cancellation of all flights and blockade of airports around the country.

The announcement came on Sunday following last-minute negotiations between PIA’s union leaders and government officials that saw emotions running high and one of the key labour leaders breaking down in tears before a news conference.

“We hope the government will come to the negotiating table in the coming days as we are ready to reach an amicable solution,” said Sohail Baloch, the president of the Joint Action Committee of PIA Employees. “We sincerely apologise to passengers but this is something we are doing to save the national flag carrier.”

The labour leaders took the decision after the government refused to commit to keeping PIA as a completely government-run organisation. The ruling PML-N has already introduced a controversial law to convert the airline into a public limited company.

But on January 29, the government announced putting off PIA’s sell-off for six months and requested the workers to end their protest. The employees have been taking out rallies almost daily for the past 55 days when the agitation first began against planned privatisation.

If the strike goes through, the employees will walk away from all departments at 7am on Tuesday. Until now the union-led staff has staged small protests, affecting just the back office work. Though PIA’s own ticketing offices were shut for a few days, it did not impact ticket sales, which are mostly booked through travel agents.

Last Friday, government representatives, including PML-N’s Mushahidullah Khan, met PIA union leaders in a last-ditch effort to find a way out of the deadlock. But the meeting remained inconclusive.

Even though Mushahid, who also heads the Senate Special Committee on PIA, told a news conference the sell-off date has been extended, he could not pacify the unions, which want withdrawal of the privatisation bill and revision of Pakistan’s liberal aviation policy.

At the same news conference, however, the senator warned the government could invoke the Essential Services Act of 1952, which will make any labour union activity illegal.

Nasir Janjua, the general secretary of the Collective Bargaining Agent, who met Mushahid on behalf of the unions, regretted his own political party was threatening them with using a law abused by dictators. “It was a sad day for me,” recalled Janjua, who belongs to PML-N’s trade union wing. “It came from a man who held rallies against Pervez Musharraf.”

The PIA unions are also in talks with lawyers to pre-empt the use of the Essential Services Act by moving the Supreme Court.

No end in sight to PIA pilots’ strike

Moments before Sunday’s news conference, Sohail had barged out of an internal meeting of the union leaders sobbing incessantly. “There is a lot of pressure from the government to back off but it’s too late,” he told the media. “There are thousands of employees who earn Rs14,000 to Rs30,000 and they are all looking up to us.”