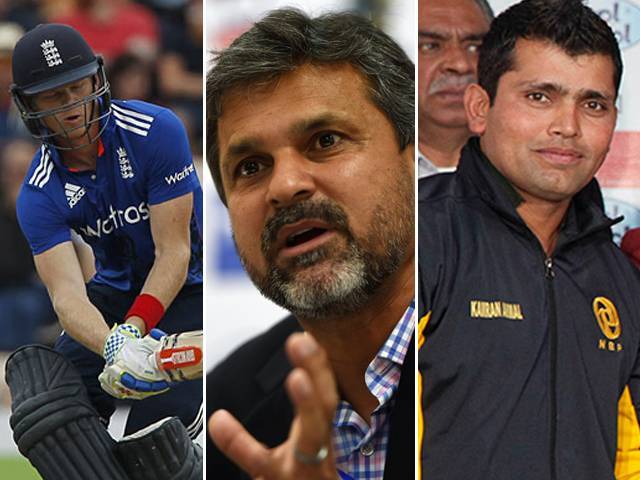 English wicketkeeper-batsman Sam Billings who was recently included in Islamabad United’s squad for the upcoming PSL tournament said that he has high hopes from his team for claiming the PSL trophy.

In an interview with The Express Tribune, Billings said that Islamabad United has good chances of winning the tournament given the calibre of players and coaching staff employed by the team.

Responding to a question about secret of his success, the English batsman said, “Not really… just try and watch the ball hard, relax and play my game. Hopefully if I prepare well, all will be good.”

Furthermore, Billings stated that he idolizes AB De Villier’s playing style claiming him to be his hero which is one of the reasons why the young Englishman is often compared with the veteran South African.

Peshawar Zalmi wicketkeeper-batsman Kamran Akmal said that he believes in the success of PSL, hoping that it will revive cricket in Pakistan.

A veteran of IPL, BPL and the Caribbean League, Akmal lauded the efforts of PCB and PSL management whose efforts have resulted in an international standard cricket league for Pakistan.

Furthermore, Akmal commended the efforts of Javed Afridi, owner of Peshawar Zalmi, and team captain Shahid Afridi for not only forming a Peshawar-based team but also including the victims of Army Public School attack of 2014 which allows fans and players to develop an emotional attachment with the team.

Akmal stated that he believes next two months to be crucial for any player given the upcoming tournaments which include PSL, Asia Cup and World T20. He believes that players need to show consistent good form in order to be part of Pakistani team in World T20.

The wicketkeeper-batsman said that he believes the tournament to give chance to youngsters in Pakistan to perform and is particularly hopeful from Muhammad Asghar and Aamer Yamin to shine in PSL.

PSL is a revolution: Moin Khan

Talking to the media, former Pakistan coach said that PSL has the potential to revolutionise Pakistani cricket by giving young Pakistani players the opportunity to play among international cricketers, boosting their confidence and morale.

Citing the example of IPL, Moin said that PSL will allow youngsters to learn from the experience of international players and could prove beneficial for the future of Pakistan cricket team.

Speaking about his team Quetta Gladiators, he assured that they will give the best possible performance in the tournament, noting the recent prolific forms of captain Sarfraz Ahmed, Kevin Pietersen and Luke Wright.