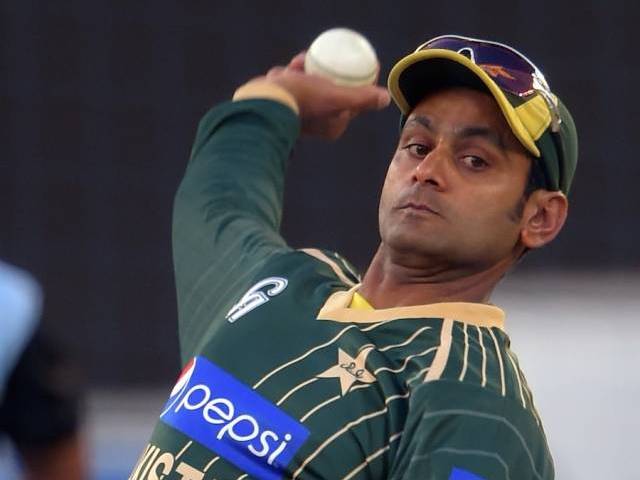 Pakistan veteran all-rounder Mohammad Hafeez will not be allowed to bowl in the Pakistan Super League (PSL), according to the league management.

The 35-year-old is currently serving a 12-month bowling ban from the International Cricket Council (ICC) but is constantly bowling in domestic cricket.

However, the 35-year-old’s action was once again reported, this time during the final of the Quaid-e-Azam Trophy between UBL and SNPGL last month.

According to the rules of the ICC, a bowler can bowl in domestic cricket with the consent of his home board, but the league authorities have decided to follow ICC.

“The rules we are following are from the highest standard and we decided to stick with the ICC’s ruling against any player,” the PSL management told ESPNCricinfo. “We understand that Mohammad Hafeez is presently banned and we will endorse the ICC’s decision and carry it in the league.

“On the draft day before the players were picked, we were intimated that Hafeez was named as a batsman only as his bowling action was banned by the ICC. We are sticking with that. The team who picked him agreed beforehand, they were taking him only as a batsman. The rules were already cleared before the final pick, and it was mutually agreed.”

Pakistan to use pink ball in first-class final

The former Pakistan T20I captain was picked by Peshawar Zalmi for $70,000, which will be captained by the current T20I captain Shahid Afridi.

Zalmi coach Mohammad Akram confirmed to ESPNCricinfo that he picked the 35-year-old purely as a batsman. “”I picked him as a batsman,” said Mohammad Akram. “I know he has the ability to win games and it would have been a bonus if he was allowed to bowl, but we will have to respect the authorities and rules of the game.”