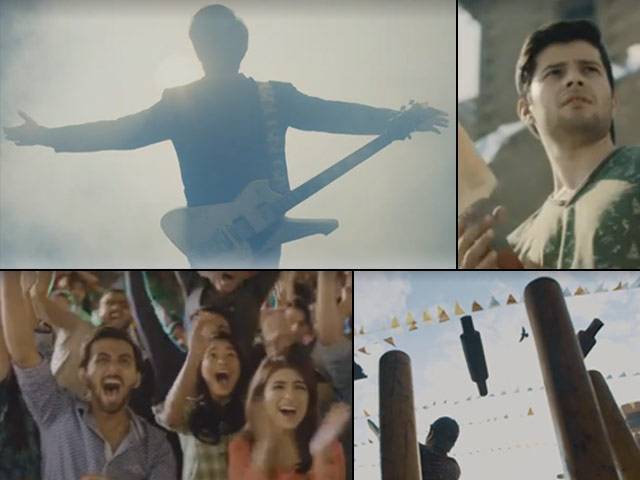 Pakistan Super League (PSL) is right around the corner and with team spirit at an all-time high, the recently released promo of the T20’s official anthem just upped the ante.

Ali Zafar, who has been roped in to compose and sing PSL’s anthem, shared the official promo on his Facebook page, giving a glimpse of the video.

The 35-second video features Ali playing the trombone which then cuts to kids playing cricket on the street. Although the short clip doesn’t include Ali’s powerful vocals, his reappearance in the last 20 seconds with his guitar, leaves us wanting more.

Earlier, the singer shared the music of the original version:

And here’s the remixed version of the anthem:

PSL mania: Superstars excited about our very own Super League

That’s not all, the star-studded opening ceremony will kick-off with a grand performance by international star Sean Paul along with Ali Zafar.

PSL is not a rival to IPL: Najam Sethi

“I am proud to announce that I will be performing at the opening ceremony. It is definitely going to be a lot of fun and fans are in for a huge surprise from me,” said the rockstar in an official statement.

Sean also extended an invite to all his fans through a video message.

#SeanPaul @duttypaul is performing at the opening ceremony of the #HBL #PakistanSuperLeague in #Dubai! Thursday, 4th February 2016! For tickets, log on to kyazoonga.ae/psl

The premier professional Twenty20 cricket tournament will start in Dubai on February 5 and will end on February 23 with the winning pool estimated at $1 million.

Move aside Fawad Khan, Ali Zafar is all set to woo Alia Bhatt