Is there anythi­ng this girl can't do?
By Entertainment Desk
Published: February 2, 2016
Tweet Email 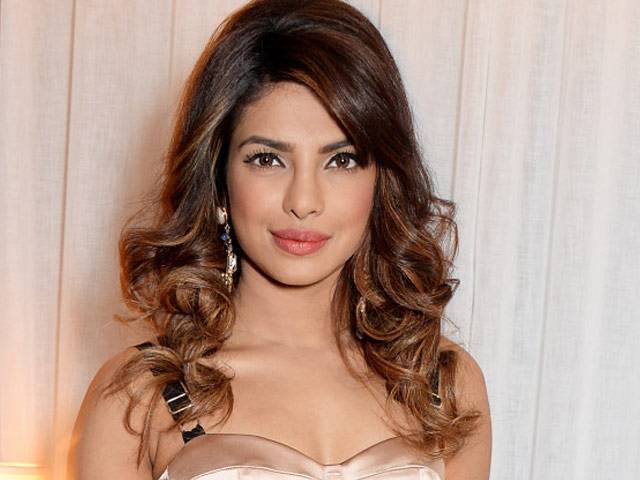 Is there anything this girl can't do? PHOTO: HUFFPO

Bollywood actor Priyanka Chopra has fit into Hollywood like a hand in a glove, after winning the People’s Choice Award for her American TV show Quantico and prepping for her Hollywood debut, she is now all set to present at one of the most prestigious awards of the year: the Oscars.

“These artists have enriched the international movie going experience with a range of memorable work from the comic to the profound,” the website said. “In the process, they have won over millions of fans, and we count ourselves among them.”

Without a doubt PeeCee has won the hearts of fans in her hometown and abroad. Overjoyed, she tweeted “Looking forward @TheAcademy !! This will be an insaaaane night!”

Looking forward @TheAcademy !! This will be an insaaaane night! https://t.co/zaHmPsK6HC

It didn’t take long for fans to congratulate her on Twitter.

Priyanka Chopra will be presenting an award at the #Oscars! https://t.co/as69QlKZ6p

Priyanka Chopra is presenting at the Oscars. It's official, brown people have made it. #mommaimadeit

Priyanka Chopra is presenting at the Oscars! Holy smokes! https://t.co/OXNpblBvyb

Priyanka Chopra Will Present at the 2016 Oscars – ABC @priyankachopra we are the happiest pic.twitter.com/kO6N2Z2Epr

@priyankachopra @sophiabanksc Priyanka would totally ROCK the oscars in a saree :) #justsaying pic.twitter.com/djaQCBU4Qi

@THR YES PRIYANKA CHOPRA!!! most excited about seeing her as a presenter! :) #Oscars

Her only worry for now seems to be her outfit for the big night.

Priyanka sure knows how to win hearts, having ventured so far into the foreign film industry in less than a year, she is way ahead of the Bollywood herd.

Besides her series Quantico, the Bajirao Mastani actor will be making her Hollywood debut with a movie adaptation of TV show Baywatch alongside Dwayne Johnson.