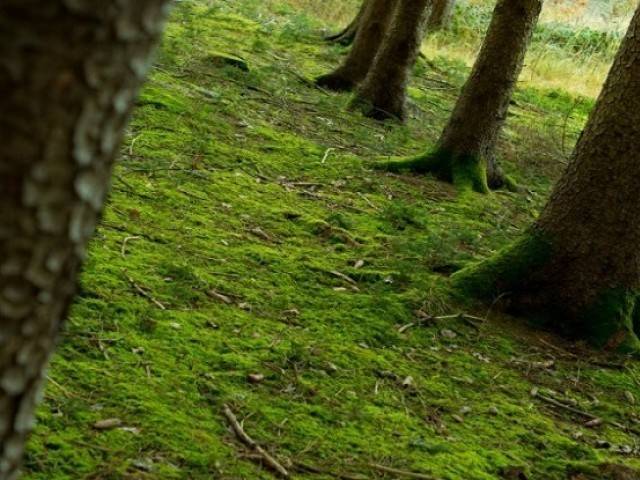 “We are the first generation to feel the sting of climate change, and the last generation that can do something about it.” — Jay Inslee

The recently concluded Climate COP21 meeting at Paris reinforced a simple but very strong concept — the climate challenge is too big for any one country to solve on its own. Coping with the issue requires concerted and collective action rising from the local to the global levels. However, what needs to be done has extremely wide variants and that has really been the bone of contention during the climate negotiations process spanning the past two decades. Countries have fought over historical responsibilities, relative capacities to act, varying degrees of climate impacts and a whole range of other variables — each country’s national interest ultimately overriding the collective international necessity to act.

Amidst all the political confusion and technical controversies surrounding climate change, a recent report by researchers at Oxford University provided a very clear message — planting trees provides the most cost-effective and lowest risk solution to the climate crisis. The report concludes that out of all the innovative emission-reducing technologies that were studied, nature’s own simple solution was the best one — plant a tree.

This is also the message that lies at the heart of Khyber-Pakhtunkhwa’s (K-P) flagship project, the Billion Tree Tsunami, which grew out of the ruling party’s push for Green Growth and which is now the leading initiative on this front. Last year, the project was acknowledged and formally registered under the global Bonn Challenge, a voluntary regime set up under the UNFCCC umbrella for restoring 350 million hectares of forests around the world. K-P, through this project, became the first sub-national entity in the world to enter this monitored regime, which also includes big forest countries such as the US, India and Brazil. At the COP21 meeting in Paris, K-P was honoured as one of the global “forest restoration leaders” along with Mexico, Honduras, Costa Rica and India — all voluntarily carrying out large afforestation and forest preservation projects to tackle global climate change.

This global recognition is matched by verifiable performance on the ground through the implementation of a unique model of public-private forestry. It is unique as it is not only demonstrating a commitment to reverse the high rate of deforestation, but is also shifting the current mindset of treating forests as a ‘timber revenue’ machines towards one that considers treating them as valued ‘natural capital’. It is also unique as it is bringing out the political value attainable by preserving and growing forests through the generation of thousands of direct and indirect green jobs. The private ‘youth nurseries’ programme now extends secure buy-back agreements with small-scale nursery owners and has generated incentive-based green employment, especially for the youth and poor rural women. At the moment, 250 million saplings are on ground, clearly marked through GPS positioning on GIS maps. Out of these, more than 50 per cent have been generated through private-sector nurseries and this ratio is designed to go up in the coming years. The project has motivated the forest department to perform beyond the call of duty by generating an output that has jumped almost 30 times from the last year, to achieve the 250 million saplings now available on ground.

The project has, for the first time, encouraged community-based protection of natural forests so that natural regeneration can occur and enrich the degraded forests of the province. These natural reserve forests are mostly government owned and, under the project, have been managerially divided into blocks measuring between 1,000 and 6,000 kanals. At present, more than 600 such blocks of natural forests are being protected by community-organised village development councils, which are enforcing a complete ban on tree-felling. In turn, they are also incentivised through green jobs as they hire locally trained and government-financed ‘forest nigahbans’ from amongst the community. The results in the first year are encouraging, with an average of 125 plants getting naturally regenerated on each kanal of protected forest at a cost which is much lower (one-fifth) than what is borne on new restoration planting. The project aims to progressively increase the number of these blocks to at least 6,000 by 2018, with all of them being clearly marked out through GPS coordinates on digitised GIS maps.

The project has innovatively focused on outsourcing the growth of new forest plantations to the private sector. Most of these forests are being planted on the degraded range land of south K-P, which is largely privately owned and is being transformed through managed plantations. This public-private arrangement aims to ensure that the ecological interest of the K-P government of growing trees is matched with the economic interest of the private sector of sustainably harvesting the plantations.

In order to ensure accountability and transparency, the project is being monitored through a three-tiered system — at the department level, through the strategic unit of K-P and through independent, outsourced monitoring being done by WWF. Further improvements in this system are envisaged, including an online linkage with Google’s Forest Watch tool and a website that is being launched soon to include the full location coordinates of all nurseries and existing plantations. The project is presently being totally financed by the K-P government. However, with the now established global linkages of the project under the Bonn Challenge and with the untapped carbon sequestration benefits, it is ideally placed for attracting funding from the $100 billion carbon funds announced during the Paris climate agreement.

Through sustained political commitment, consistently managed hard work and untainted intentions, what seemed like a very ambitious target — a billion trees by 2018 — is now not only within planned reach, but could potentially be surpassed as it has now attained the requisite momentum for success. The current progression of the project has already enabled the planting of 113 million saplings, which are in ground, with 50 million of these planted through afforestation and 63 million naturally generated in protected closures. The on-ground locational coordinates (GPS/GIS) for all these are available and independent monitoring evidences a survival rate of over 80 per cent.  Also, as earlier stated, for the next plantation phase, the major challenge was the availability of saplings, which has now been successfully addressed with 228 million saplings available for planting by the spring of 2016, in addition to the 50 million already planted last year. Subsequently, the targeted generation and planting of another 300 million saplings has been set for the next year out of which 80 per cent will be through private-sector nurseries. Thus, a total of 578 million saplings would have been generated and planted by the end of 2017, leaving the remaining target of between 400-450 million to be, at the same time, naturally generated through forest protection in community-protected forest closures. All these are conservative, but realistically achievable estimates leading to the magic number — a billion trees — and a greener future for K-P’s coming generations, all offering a win-win-win for the province, the country and the world.

The reality of the Indian economy