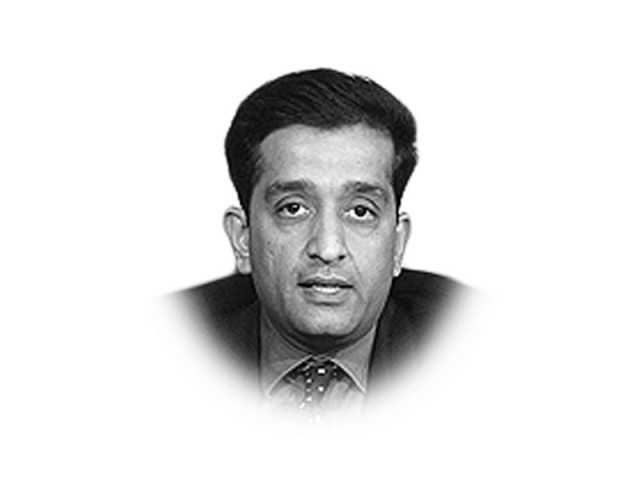 The writer is a former minister of state for environment and the Global Vice-President of the IUCN. He is also the chairman of the PTI Green Growth Initiative in Khyber-Pakhtunkhwa and can be reached @aminattock

“The greatest threat to our planet is the belief that someone else will save it.” —Robert Swan

Unimplemented manifestos and hollow sloganeering have been the unfortunate hallmarks of Pakistan politics. Being a party advocating reform and change, the PTI is now endeavouring to shift this perception. The Green Growth Initiative, launched and currently underway, in Khyber-Pakhtunkhwa (K-P) has been a step in that direction. The most obvious litmus test for any such initiative, however, lies in translating it into projects on the ground and allocating them a share out of the budgetary pie. This important step was diligently followed last year and culminated in a stream of projects one of which is the Billion Tree Tsunami.

After going through a detailed consultation and development process, this flagship project is now clearly defining new frontiers for growth and protection of K-P’s forests. These forests can truly be termed the lungs of Pakistan — as they constitute 40 per cent of the country’s forest cover. Overall, Pakistan’s forest cover is a paltry four per cent of land area, which is one of the lowest in the world and much lower than the average of 35 per cent present in environmentally healthier countries. In addition, even this meagre forest cover is under threat with one of the highest deforestation rates in the world.

These trends are not only shockingly unacceptable but are now a direct threat to the country’s sustainable future. Owing mainly to its geography and topography, Pakistan is now considered one of the most vulnerable countries to climate change impacts. The melting glaciers in the north, erratic monsoon patterns and repeated devastating floods in the past few years have been a stark reminder of the devastation and infrastructure loss this vulnerability can cause. The ever-thinning forest reserve not only multiplies the loss due to climate change but also weakens one of the most effective tools that Pakistan has for not only sequestering carbon but also building local resilience to the impacts of climate change.

The K-P government has now committed to not only reversing the high rate of deforestation but also shifting the current philosophy from treating forests as ‘revenue’ machines towards preserving them as valued ‘natural capital’. For the first time in the history of Pakistan, the forest area in K-P is targeted for a major enhancement from 20 per cent to 22 per cent by 2018, which would entail bringing new area under forests as well as protecting and enriching the existing area. Thus, under the project, at least 30,000 hectares of additional forests will be planted through a massive afforestation drive. In addition, through enrichment measures, the tree cover in existing forests would be targeted for increase from 20 per cent to 30 per cent by 2018. This would entail protection and gap plantations in, at least, 27,000 hectares each year. The above ambitious targets would be achieved through the massive four-year Billion Tree Tsunami project, which is now underway.

The project has been designed with various innovative features, which are breaking new ground in K-P and aim to ensure the long-term sustainability of this drive. Under this project, small-scale ‘eco-preneurs’ are being created in the province by privatising various facets of forest growth and protection. In this regard, firstly an innovative programme for establishing ‘youth nurseries’ has been initiated. The government is encouraging local villagers to set up small nurseries (20,000-25,000 plants), which will have secure buy-back agreements with the Forest Department generating an income of between Rs12,000 to Rs18,000 per month for the local youth — thus providing green jobs with dignity for the youth of K-P. This programme is already underway and is backed by a detailed village-level GIS mapping done for the whole province.

Secondly, the project innovatively focuses on outsourcing new forest growth to the private sector — in addition to creating more eco-preneurs, this will also ensure survival of planted forests through performance-based payments spread over a three-year period as the saplings turn into trees.

Thirdly, for forest protection, the local communities being traditional custodians have been extended responsibility for ‘forest closure’ to ensure protection and enrichment of the forests. Under a partnership agreement with the government, they will be allowed to train and hire local ‘Forest Nigahbans’. This initiative will be financed by the government and provide more jobs for the youth and ensure responsible protection of forests.

The government is also in the process of establishing rules for REDD+ (Reducing Emissions from Deforestation and Forest Degradation-plus) to capitalise on latent carbon benefits and transfer these benefits to the communities. In addition, a complete ban on cutting and felling of trees in the reserved forests of K-P and ensuring complete transparency through independent third-party monitoring utilising tools such as GIS monitoring and Google Forest Watch are other features of the programme. All these steps have been complemented with a crackdown against the powerful timber mafia, which has brutally shaved off more than Rs100 billion worth of natural forests in the past 10 years. The K-P government has publicly vowed to curb their activities, cut off their sources in the government, raise and strictly enforce penalties, enhance satellite real time monitoring and have a zero-tolerance policy towards their nefarious activities and reclaim nature from these mafias.

The Billion Tree Tsunami is a unique project extending a win-win opportunity for K-P, Pakistan and the world. For K-P, it is enhancing forest cover while generating green jobs for the youth. For Pakistan, this project will enhance water availability, reduce soil erosion and increase resilience against climate-induced floods. For the world, this project will sequester carbon and contribute towards global climate mitigation.

Overall, the Green Growth Initiative of K-P, embodied by projects such as the Billion Tree Tsunami, aims to create a paradigm shift in K-P’s growth trajectory — leading to prosperity, poverty reduction and a better quality of life for the people while fulfilling the imperatives for a cleaner environment.