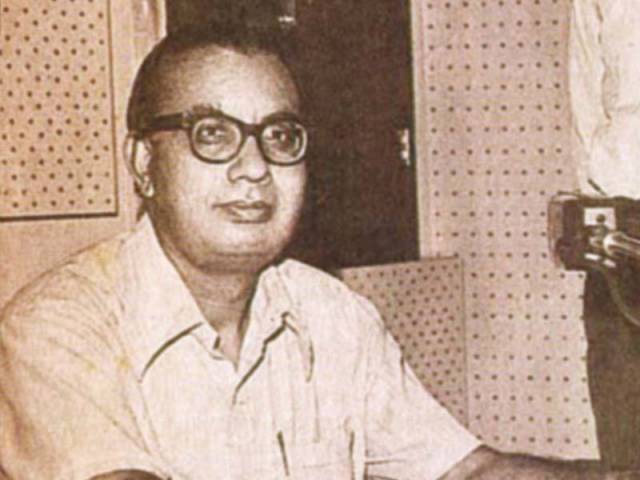 Hameed Akhtar introduced the two as they sat in Mall Road, Lahore’s Pak Tea House. “This is Ibne Insha,” he told writer and friend A Hameed as the three proceeded to order their favourite beverage, tea, and accompanying accoutrements.

A Hameed instantly noted that Ibne Insha, or Inshaji as he was lovingly called, was a shy man with a mischievous sparkle in his eyes that could easily be traced from across the thick spectacles that he wore. Henceforth, their squad grew with the likes of Ashfaq Ahmed, Nasir Kazmi and Ahmed Rahi yet the camaraderie of A Hameed and Inshaji was known to all.

In a 2007 column, A Hameed stated that whenever he published a new book, he and Inshaji would sell the publisher-sent complimentary copies to the bookstall at Lahore Railway Station for half the price and scoot to Anarkali’s Mumtaz Hotel with the loot, where they celebrated the day with tea and cakes. Inshaji’s wit was one of his most potent weapons. When Urdu Ki Akhri Kitab came out in 1971, he sent a copy to A Hameed with the following message inscribed on it, “This book is not for sale.” Inshaji was a writer of unfathomable industry. He was amongst the chosen few who had remarkable control over both prose and poetry. Classical symbolism and references appeared every now and then in his writing. His poetic abilities can be gauged from the fact that once at an event in the Chinese city of Wuhan, as he notes in his travelogue Chalte Ho To Cheen ko Chaliye, bands were performing popular songs that a translator was roughly helping him out with. As each verse came, Inshaji live-penned it in poetic form and out came an Urdu geet.

His mastery over satire stood unrivalled. He once wrote, “Before independence, Hindu traders and capitalists used to loot us. We wanted to put an end to this and enable Muslim traders and seths to loot us. Alas, this wish was granted!”

His association with United Nations and the Pakistani government enabled him to travel around the globe. Thanks to the frequency of these trips, Inshaji standardised travel writing in Urdu and left an imprint on the genre that none of his successors were able to escape. His magnum opus in this regard, Ibne Batuta ke Taqub Mein, came out in 1974.

He started composing verses at the age of 11 with the nom de plume Sher Muhammad Asghar that was somewhat close to the name his parents gave him – Sher Muhammad Khan. Although he spent most of his childhood in Jalandhar, India where he was born in 1927, he attended high school in Ludhiana. The big city soon got the better of his germinating early teen thought and he changed his pen name to Mayoos Adamabadi. While teachers seldom make sense to students of this age, he seemingly agreed when a tutor told him that mayoosi (despair) is forbidden and hence took up another pen name, Qaiser Sehrayi.

The adolescent writer equated getting his writing or picture published with pettiness. However, the passing years inspired him to take up the name that stuck by, Ibne Insha, and get his nazm Sahil Par published in Shahkar in 1943. Next, Rajinder Sindh Bedi’s Sangam Publishers paid him the hefty sum of Rs150 for translating Chekhov’s book for them which was his first published book.

When he was almost done with his first collection of poetic experiments, Partition happened. “Among the several bad things that happened during Partition, one good thing that happened was that I lost that draft,” he had quipped during a Radio Pakistan interview.

In his own words, his 1949 poem Baghdad Ki Ek Raat gave him overnight recognition. In the wider circles, his claims to fame were iconic ghazals like Inshaji Utho, Ye Baatein Jhooti Baatein Hain and Kal Chaudhveen Ki Raat Thi.

According to short story writer Mumtaz Mufti, Inshaji would ask his friends to tell the woman he loved, “Yaar us se kaho mujhse baat karay” (Ask her to talk to me) and then quickly add, “Dekh us se apni baat na cherna. Baaton baaton mein bharma lena” (See, don’t bring it up directly. Tell her in a passing way).

Perhaps Inshaji deceived us in the same fashion that he suggested to his friends. Contrary to the quest that he mentions in Chand Nagar, perhaps he was always at peace; roaming the streets of his cherished El Dorado!