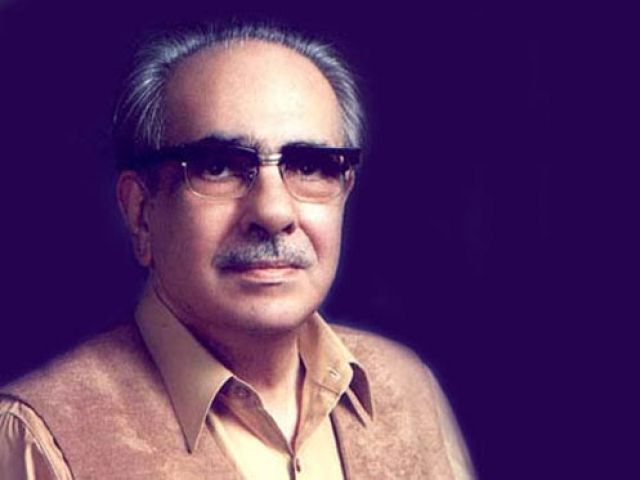 Senior BBC broadcaster Raza Ali Abidi was paying tribute to late poet and writer Jamiluddin Aali at a condolence reference organised by the Audio Visual Committee of the Arts Council of Pakistan, Karachi, on Tuesday when he shed light on the popularity of Aali’s poetry. The event soon turned into a literary reference celebrating Aali’s 90-year services in poetry, writing and banking.

Jamiluddin Aali — a man in search of identity

Jeevay Jeevay Pakistan was his identity. He was a man who made tireless efforts for the up-gradation of the Urdu College to the status of the Urdu University, said journalist Agha Sherazi. “Aali ji aala martabay per thay aur rahengay [Aali ji was and will remain at a high stature],” he said. According to him, Aali’s writings — be they poetry, naghmay, dohay, newspaper columns or his efforts for the progress of Urdu language — are matchless.

Commissioner Shoaib Ahmed Siddiqui said that it is an honour to be able to say a few words at the reference of Aali. He recalled that writer Mustansar Hussain Tarrar had invited Ibne Insha and Aali to his show. Both asked to go first as both personalities were of a high stature, so he had to call Aali ji Insha Ji, Insha ji Aali ji so as to accommodate both of them.

Actor Talat Hussain said that he had no words to express his feelings for the late writer. “I don’t consider myself fit to say something for Aaliji’s high stature,” he said.

According to poet and literary critic Najma Usman, who had come to attend the reference from England, said that while Aali cannot return, what he has left among us a real asset and we should move forward in its light.

Journalist Zaib Azkaar Hussain said that Aali’s era has not ended and, in fact, it has just started. According to him, his literary era is going on and he made people come closer to literature. He added, “Aali ji shajar-e-sayadar thay [Aali ji was a tree that gives shade].”

PTV producer, director and former general manager Zaheer Khan said that Aaliji was Pakistan.”I am honoured to say a few words in honor of Jamiluddin Aali,” he said, recalling the pleasant memories of recording Hum Mustafvi Hain [We are followers of Mustafa] for the Second Islamic Conference in Pakistan.

Drama writer Haseena Moin reminisced about her first interaction with Aali ji when she was a young writer and her few dramas had gone on air. “Jamiluddin Aali asked, ‘Are you Haseena?’ and I replied in the affirmative,” she narrated. “In response, he said, ‘You are a real haseena [beauty]’.”

Remembering Aali in kind words, academician Pirzada Qasim said that his sould would still not be in peace because he never preferred stability. His way of moving forward and inclination to explore new things will not let him be calm even now when he is dead.

Zulkarnain Jamil, a son of Aaliji, appreciated the obituary published in The Express Tribune about his father but presented a clarification that Aali did not bequeath Anjuman-e-Taraqi Urdu to him. “I, on record, say that Aali ji never bequeathed [the anjuman] to his son,” he said.