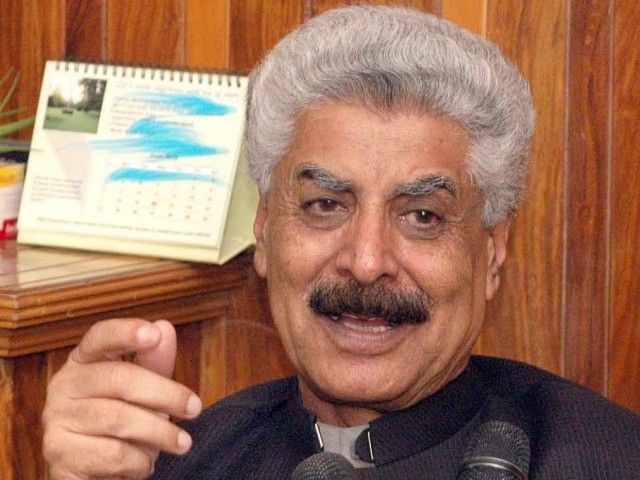 The areas of the [Fata] agencies which are not accessible are being assessed/surveyed,” Federal Minister for States and Frontier Regions Lt-Gen (retd) Abdul Qadir Baloch told the National Assembly on Wednesday PHOTO: APP

ISLAMABAD: On the first anniversary of the brutal Taliban attack on the Army Public School in Peshawar, the government has told the lower house of parliament that 360 schools were destroyed in three agencies of the Federally Administered Tribal Areas (Fata) during 2015.

“The areas of the [Fata] agencies which are not accessible are being assessed/surveyed,” Federal Minister for States and Frontier Regions Lt-Gen (retd) Abdul Qadir Baloch told the National Assembly on Wednesday.

Pakistan Peoples Party MNA Beelum Husnain asked the government to share public record of the destroyed infrastructure of the three tribal agencies with the house. These schools have been divided into different categories. The A category shows a long list of destroyed schools while the B category lists schools that need major reconstruction. There is also a separate list of a few partially damaged schools in these agencies.

The official estimates for reconstruction of these schools are Rs348.758 million. Under restoration plan phase one, at least Rs143.967 million is required for rebuilding of 139 schools of Khyber Agency.

In the official list, there are remarks on the damages of each school in the ‘status block’. The government has also shared details of action which has been taken for the reconstruction.

The rehabilitation activities are in full swing through armed forces in North and South Waziristan agencies, while they are being done through civil departments in Khyber Agency, he added.

In Khyber Agency, besides 139 destroyed schools, at least 10 health facilities, 17 roads and 59 water schemes have been damaged which will be rebuilt under the restoration plan.

Remembering APS: Parents irked by confusion over off day

Meanwhile, the government said Rs2.313 billion were released in 2014-15 as non-annual development plan funds by Fata Secretariat while Rs3 billion has been sanctioned by the federal government in the current fiscal year of which Rs660 million has been released so far.